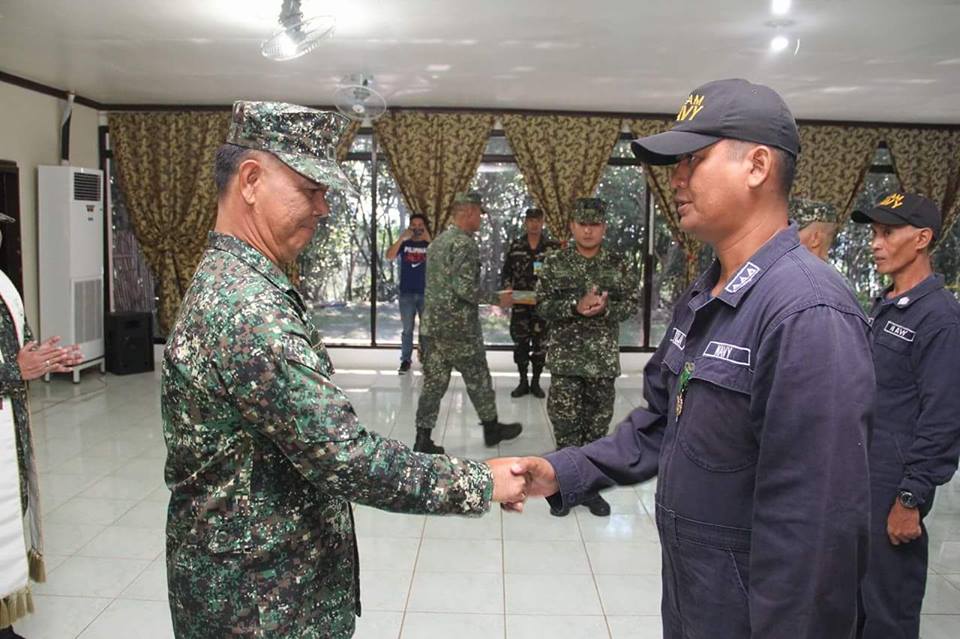 Navy and Marine personnel who recently came home after being deployed in Ayungin Shoal in the South China Sea were awarded with the Military Merit Medal in Palawan on Friday, for their sacrifices in securing the country’s sovereignty. WESTERN COMMAND FACEBOOK

Military personnel who recently served in the marooned BRP Sierra Madre in Ayungin Shoal (Second Thomas Shoal) in the West Philippine Sea were awarded with medals on Friday.

The Western Command based in Palawan, led by deputy commander Brig. Gen. Elvin Hermogino, awarded the eight personnel with Military Merit Medal “in recognition of their sacrifices in securing the country’s sovereignty in the Kalayaan Island Group despite the volatile situation brought about by the territorial dispute.”

The BRP Sierra Madre was deliberately grounded in the shoal to prove Manila’s claim in the Spratlys.

In a Facebook post, Wescom said the soldiers have been deployed in Ayungin for three to four months away from their families and friends.

A representative from Wescom could not be immediately reached for additional details.

Navy and Marine personnel are rotated in and out of the Philippine-claimed detachments in the Spratlys every few months. IDL/rga