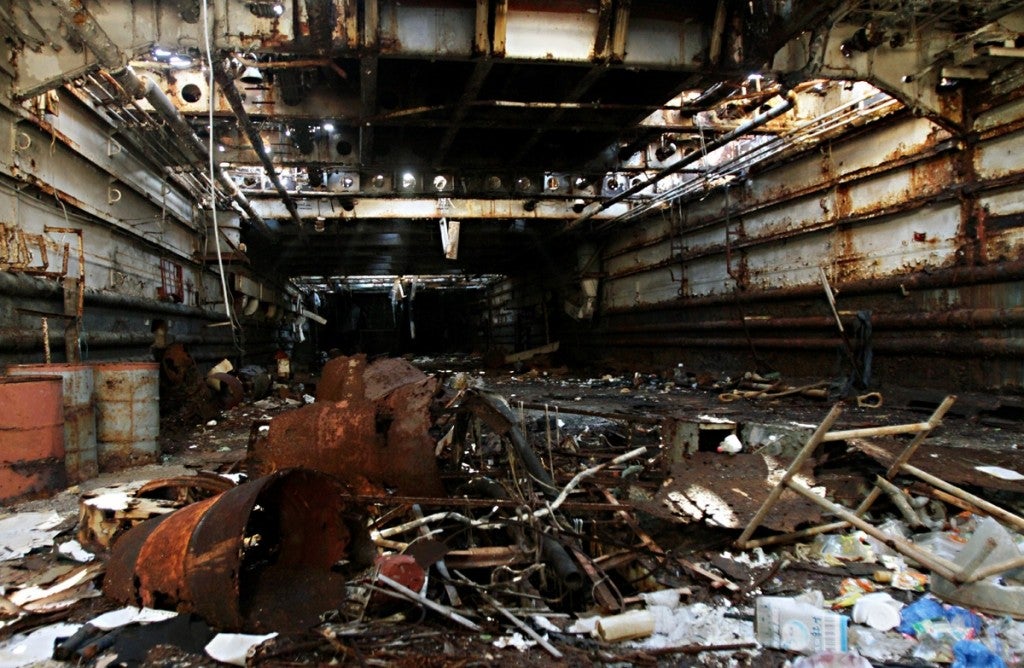 MANILA, Philippines—The BRP Sierra Madre, a rusty ship aground in one of the possible flash points in the disputed West Philippine Sea (South China Sea), stands alone but without fear in the high seas to maintain Filipino presence.

The ship was previously used by the United States during the World War II in the waters off Vietnam. The US handed it over to Vietnam in 1970 and after a few years it was passed on to the Philippines. In 1999, it was purposely run aground in Ayungin Shoal (Second Thomas Shoal) to keep its Filipino presence there.

Ayungin is located 105 nautical miles off Rizal, Palawan. Though it is located within the Philippines’ exclusive economic zone; the resource-rich area is also claimed by the Chinese. The Philippines’ claims are based on the United Nations on the Convention of the Law of the Sea, while China’s claims are based on their old maps made several centuries ago. China claims most of the West Philippine Sea as its own.

Troops in the ship go on rotation for several months. On March 9, China blocked the Philippines’ attempt to reprovision and rotate its soldiers. Because it was unsuccessful, they made an airdrop instead. Last Saturday, the next attempt after the March 9 incident, the Philippines was able to evade the Chinese blockade. Marines on a five month-stay, who turned long-haired and unshaven, were finally replaced by fresh troops. The rotation is usually three months.