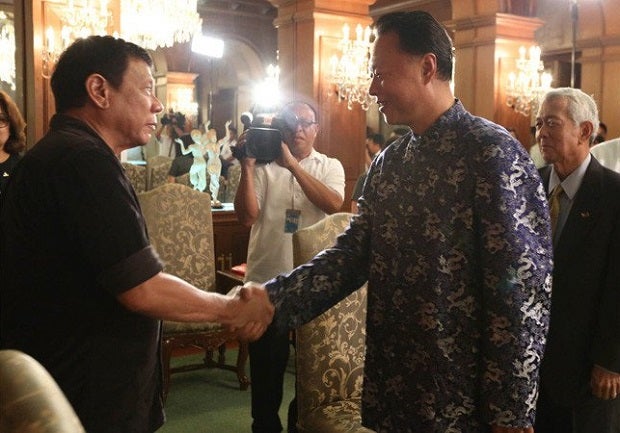 China has offered its support to the controversial drug crackdown pushed by President Rodrigo Duterte, which has been slammed by rights groups for encouraging extrajudicial killings and vigilante justice.

“China fully understands that the Philippine government under the leadership of Rodrigo Duterte has taken it as a top priority in cracking down (on) drug-related crimes,” China’s embassy in Manila said in a statement issued Tuesday.

“China has expressed explicitly to the new administration China’s willingness for effective cooperation in this regard, and would like to work out a specific plan of action with the Philippine side.”

Duterte swept to power in May on a promise to clampdown on drugs, and police have since confirmed killing nearly 200 people in a two-month crime blitz.

There has also been a surge in killings by anti-drug vigilantes who leave victims’ corpses on city streets wrapped in packaging tape with signs accusing them of being drug dealers.

The statement from the Chinese embassy made no reference to the killings — which have prompted a backlash from domestic and international rights groups — only saying fighting drug-related crimes was a “shared responsibility of all countries in the world”.

It added: “The Chinese government has been firm and severe in drug control and in punishing all drug criminals in accordance with laws regardless of their nationalities.”

Beijing is known to execute drug offenders and in recent years has put to death several Filipinos found guilty of smuggling narcotics into China.

On Sunday, Duterte said he planned to ask China why so many of its nationals were being arrested for illegal drugs in the Philippines.