PH Embassy to Filipinos in France: Be vigilant, cautious 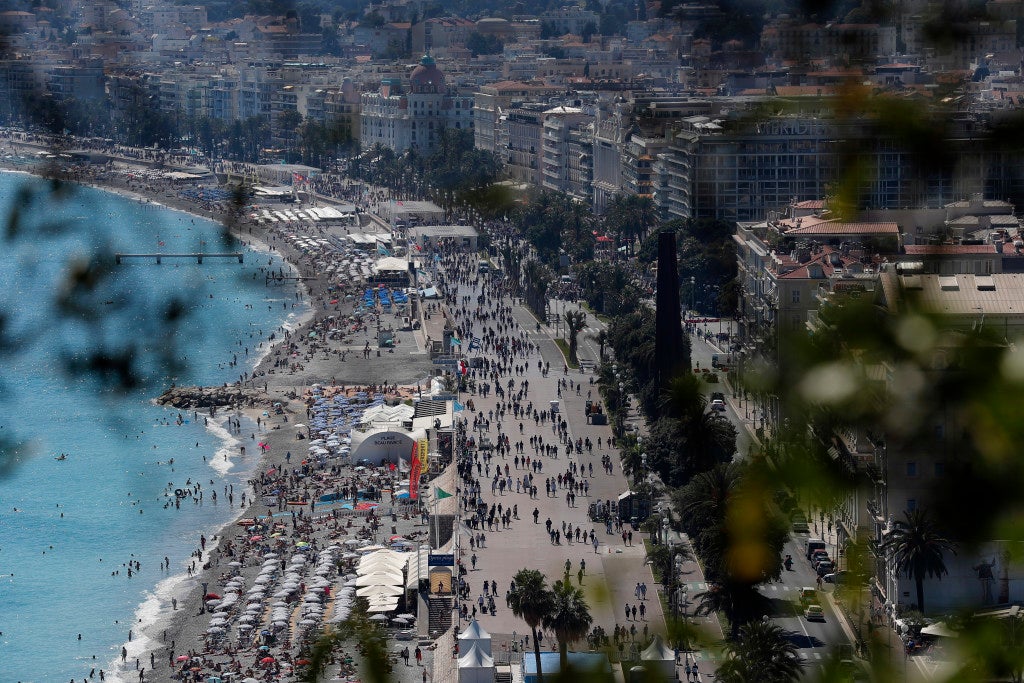 View of the famed Promenade des Anglais scene of the Thursday’s attack in Nice, southern France, Sunday, July 17, 2016 three days after a truck mowed through revelers. French authorities detained two more people Sunday in the investigation into the Bastille Day truck attack on the Mediterranean city of Nice that killed at least 84 people, as authorities try to determine whether the slain attacker was a committed religious extremist or just a very angry man. AP

The Philippine Embassy in Paris on Monday issued  an advisory to Filipinos working in or traveling to France after a terrorist attack that killed 84 people.

“Following the terrorist attack in Nice, France on July 14, the Philippine Embassy in Paris urges all Filipino citizens who are currently in Nice or who are planning to travel to France in the very near future, to monitor media and official French government advisories for the latest developments,” the Embassy said in a statement.

“Everyone is requested to exercise vigilance and caution and to be aware of their surroundings, with the view to ensuring their personal security,” it said.

Late last week, an alleged terrorist drove a truck full of weapons and hand grenades through a large crowd of Bastille Day revelers in Nice, killing 84 people and wounding around 200 individuals.

In case of an emergency, the Philippine Embassy may be contacted through its emergency number at: +33 6 20 59 25 15. Meanwhile French authorities have opened a special telephone line for families of victims needing assistance: +33 1 43 17 56 46.

The Islamic State claimed the attack, calling Mohamed Lahouaiej Bouhlel its “soldier,” but prosecutors said the Tunisian-born man had no links with the extremist group.

READ: IS claims Nice killer driver was its soldier

READ: Some of the most recent major attacks in Europe