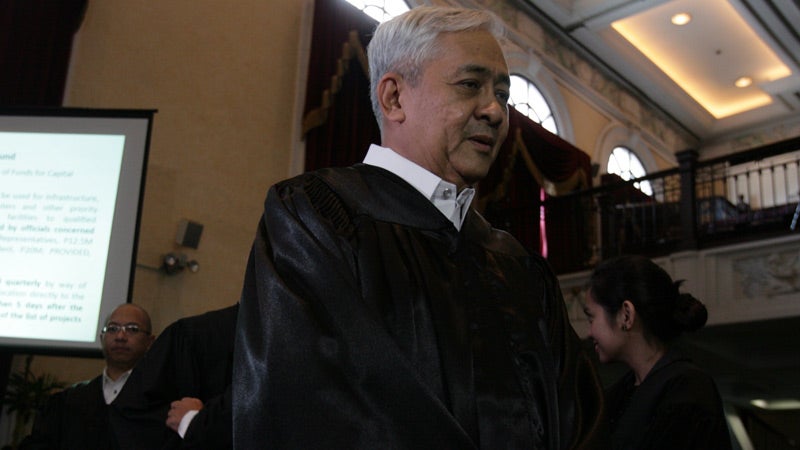 Even if the Philippines won the arbitration case against China, Supreme Court Associate Justice Francis Jardeleza on Wednesday advised the fishermen to exercise caution when fishing along the Scarborough Shoal.

Jardeleza said the local government units should provide the guidelines to protect the local fishermen.

“It is important that the local government should reach out to the local fishermen. There has to be a clear guide, safeguards for their protection,” Jardeleza said.

Filipino fishermen have been playing a cat-and-mouse game with the Chinese coast guards in Scarborough Shoal. In 2012, China blocked access to the shoal.

Whether Scarborough Shoal belongs to the Philippines remains a question.

The Permanent Court of Arbitration’s (PCA) decision on the Scarborough Shoal is only with respect to entitlement. It ruled that the shoal and five other reefs are rocks that generate no entitlements to an exclusive economic zone or continental shelf.

The PCA also ruled that China’s action of blocking access to the shoal was unlawful. In that same ruling, PCA also recognized that the area is a traditional fishing ground for fishermen not only from the Philippines but also from other nations.

“I will assume that our diplomats understand the consequences and the possible problems of enforcing the decision. What they will advise the local government units and the fisherfolk in the area will depend on what they believe will be the appropriate and effective strategy to ensure the proper implementation of the decision,” former Solicitor General Florin Hilbay added.

Both Jardeleza and Hilbay were part of the delegation that argued before the PCA on the Philippine’s case against China. RAM