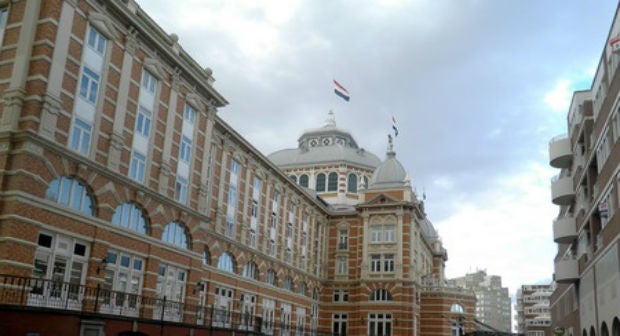 A tribunal convened by the Permanent Court of Arbitration (PCA) in The Hague will hand down its judgment Tuesday (July 12) in a case the Philippines lodged challenging China’s claims in the South China Sea.

The case, seemingly a banal dispute over rocks and reefs, has far-reaching implications.

The 3.5 million sq km South China Sea is critical to the world’s economy and regional security.

Each year, some US$5 trillion in ship-borne goods pass through these waters, also believed to hold oil and gas reserves.

China is claiming “indisputable sovereignty” over two-thirds of the South China Sea, with its claims overlapping those of Asean states Vietnam, the Philippines, Malaysia and Brunei as well as Taiwan.

Two years ago, China began to reclaim land on the reefs it occupies and place military installations on them.

While not the first claimant to do so – the Philippines, Vietnam, Malaysia and Taiwan have air strips and troops on isles they control – it has reclaimed 17 times more land in 20 months than the other claimants have done combined.

The United States is concerned that China is seeking to extend its reach nearer to US military fortifications in the Pacific, while China believes that challenges to its claims are part of the US’ policy to contain its rise as a rival power in Asia.

What does it mean for Asean?

In the near term, the outcome of the arbitration case could deepen divisions within Asean.

With some of its members under immense pressure from Beijing, the group has failed twice – in Cambodia in 2012 and last month in Kunming – to issue a joint statement expressing concern over China’s actions in the South China Sea.

Asean is unlikely to issue a joint statement pressing China to abide by the ruling.

Instead, the Philippines, Vietnam and Malaysia, which have rival claims, and Indonesia and Singapore, are likely to release individual statements.

Eventually, Asean will have to tackle the issue as a group, analysts say.

What’s the case all about?

While the specifics of the case go into maritime rights conferred by disputed rocks and reefs, in essence, it is about the challenge posed by China’s “nine-dash line.”

The Philippines brought its case in 2013, not long after China wrested control of an atoll known as Scarborough Shoal from it.

China has refused to take part in the case, saying it involves a determination of who owns what in the South China Sea, that is, sovereignty, which falls under the purview of the International Court of Justice.

Last year, the PCA said it had jurisdiction over seven of the “issues” the Philippines raised.

Who is hearing the case?

Created in 1899, the PCA is the world’s oldest inter-governmental body that organises arbitral tribunals to resolve disputes among its 121 member states. These tribunals have rendered more than 70 decisions in past cases and it is currently considering 116 cases.

The nine-dash line, on a map drawn in 1947, marks the boundaries of China’s claims over the South China Sea, covering nearly the entire sea.

China has refused to clarify what exactly it is claiming within the line.

What’s the problem with it?

An EEZ grants a coastal state exclusive rights to explore for and exploit marine resources inside a band extending 200 nautical miles (370km) from its shore.

The Philippines contends that the nine-dash line is inconsistent with the United Nations Convention on the Law of the Sea (Unclos).

A treaty that the Philippines and China have ratified, it outlines a system of territorial and economic zones that can be claimed from continental shelves, islands, shoals, reefs, atolls, cays, sandbars and other rocky outcrops. It allows a nation to exercise sovereignty over waters 12 nautical miles from its coast and exercise economic rights over waters in its continental shelf and EEZ.

The treaty states that reefs that are entirely submerged at high tide cannot be used to claim maritime rights.

Why dispute the line?

The Philippines seeks to invalidate China’s expansive claims by attempting through the arbitration to invalidate the nine-dash line.

It argues that, under Unclos, the nine-dash line has to emanate from land, not from historic rights or ancient maps.

With no land masses in the South China Sea that are large enough to generate maritime or economic rights that can encompass the 2 million sq km that the nine-dash line spans, the line cannot stand, it says.

What else is in the case?

The Philippines has also asked the arbitral tribunal to declare that the seven reefs that China occupies in the Spratlys – Subi, Gaven, Hughes, Johnson, Fiery Cross, Cuarteron and Mischief – as well as Scarborough Shoal, are at most entitled to just 12 nautical miles of territorial waters around each of them, even if some have already been transformed into islands.

Under Unclos, artificial islands are not entitled to maritime rights.

One land feature that is proving problematic for the Philippines is the 48ha Itu Aba, which Taiwan occupies.

Taiwan has filed an intervention in the Philippines’ case to argue that Itu Aba, 2,000km south of Taipei but just 416km west of the Philippine island province of Palawan, is an island entitled to a 200-nautical mile EEZ.

Taiwan has mounted a media campaign to prove that Itu Aba has a naturally occurring source of fresh water, the key requirement for an island, under Unclos.

And after the ruling?

It is expected that the tribunal will rule largely in favor of the Philippines.

China may respond by declaring an air defense identification zone (ADIZ) over the South China Sea and deploying warplanes to its artificial islands there. An ADIZ will require all aircraft flying over the sea to submit their flight plans to Chinese security officials.

China may also attempt to build an island on Scarborough Shoal, a red line for the US, and reimpose a blockade on Philippine troops stationed at a beached transport ship on Second Thomas Shoal.

The US response will likely be to step up freedom-of-navigation patrols close to Chinese-claimed islands and to rally its allies to compel China to respect the ruling.

Case lights up oldest tribunal in the world