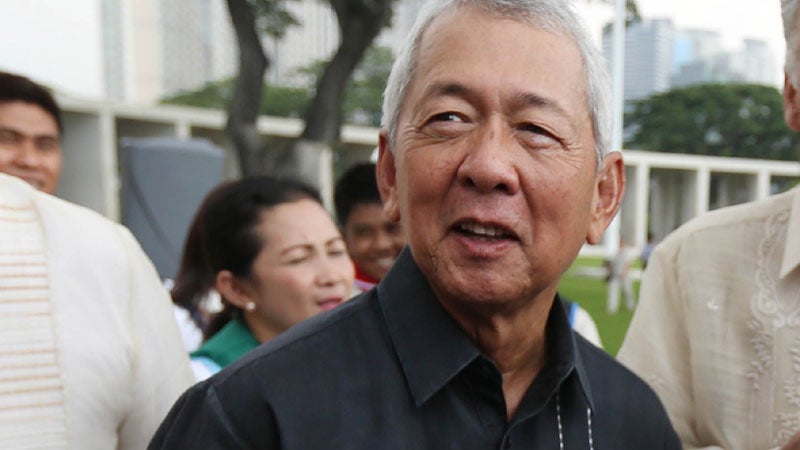 Foreign Secretary Perfecto Yasay Jr. in an interview said he was open to entering into arrangements such as joint exploration and utilization of resources in disputed areas in the South China Sea. MARIANNE BERMUDEZ/INQUIRER

Foreign Affairs Secretary Perfecto Yasay on Saturday clarified his statement on sharing resources in the disputed West Philippine Sea as reported by an international news agency.

In a rejoinder to an interview with Agence France-Presse (AFP) ahead of the arbitration ruling next week, Yasay wrote that what he said was “we have to wait for the ruling and study and dissect its implications.”

“As the ruling will not address sovereignty and delimitation, it is possible that some time in the future, claimant countries might consider entering into arrangements such as joint exploration and utilization of resources in disputed areas that do not prejudice the parties’ claims and delimitation of boundaries in accordance with Unclos (United Nations Convention on the Law of the Sea),” Yasay said in a statement.

The AFP report quoted Yasay as saying that the Philippine government was keen on a joint exploration of the resource-rich South China Sea even if it wins its arbitration case against China.

READ: We have to talk to China, says Yasay

“We can even have the objective of seeing how we can jointly explore this territory: how we can utilize and benefit mutually from the utilization of the resources in this exclusive economic zone where claims are overlapping,” Yasay reportedly said in the interview.

The UN-backed tribunal in The Hague is set to release its verdict on the case filed by the Philippines in 2013 against Beijing’s claim to almost all of the contested areas.