Yasay: We have to talk to China

INCOMING Foreign Secretary Perfecto Yasay Jr. on Monday said he would resume bilateral talks with China to settle the territorial disputes in the South China Sea while checking the legality of a possible fishery agreement with the country.

“We discussed the West Philippine Sea [disputes] as an urgent issue,” said Yasay in an interview following his meeting with outgoing Foreign Secretary Jose Almendras and department undersecretaries.

Asked about new approaches to the sea dispute, Yasay said: “We certainly would like to make sure that we are able to resume the bilateral talks because these are necessary. I don’t think there is any other way of resolving this except by talking to each other.”

Yasay said he would hold a series of meetings with Department of Foreign Affairs officials until June 9 to discuss key policy issues as well as the structure and procedures of the DFA.

The Aquino administration has refused to hold bilateral talks with China over the maritime dispute. Instead,  it filed an arbitration case in The Hague in January 2013 questioning China’s nine-dash line claim over almost the entire sea.

Yasay said he would also meet with officials of the Office of the Solicitor General (OSG) to discuss the specifics of the arbitration case and how the government could effectively implement the decision.

“I want to know the implications of the ruling and how we can enforce that,” Yasay said, citing China’s refusal to be a party to the arbitration case and how this will impact the implementation of the case. 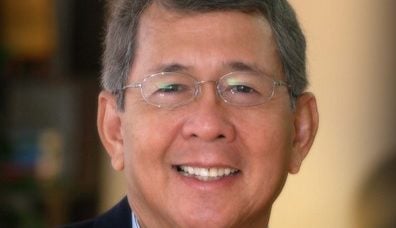 Yasay, a practicing lawyer and expert on international law,  said the Philippines needed “to negotiate [with China] a peaceful implementation of this (arbitration ruling) since from the beginning, China did not participate in the arbitral tribunal.”

The DFA lauded the recent G-7 Summit Declaration as critical to the reinforcement of the Philippine government’s arbitration case to settle disputes in the South China Sea.

In a statement, the DFA said the G-7 Summit in Ise-Shima, Japan, on May 26-27 addressed major global economic and political challenges, including maritime security.