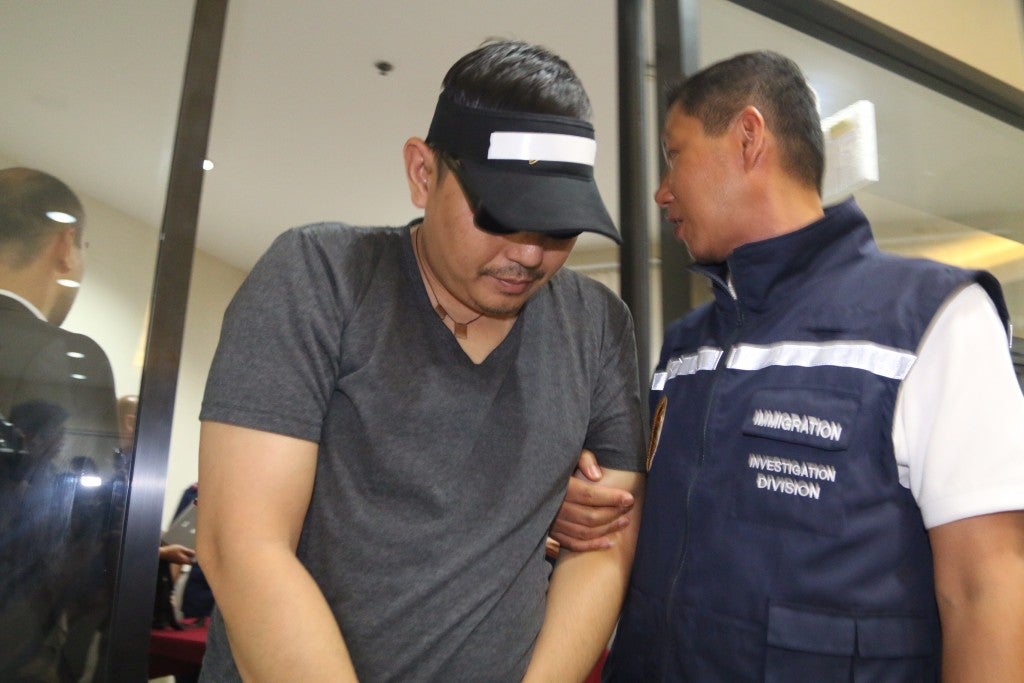 Filipino Patrick Philip Gutierez Alemania is escorted by police being arrested Wednesday. He is said to have lived and worked as an English language teacher and singer in Thailand for a decade. PHOTO FROM THE NATION THAILAND

A Filipino sentenced to life imprisonment by a Philippine court after being convicted of extorting a ransom has been arrested by Thai police.

Wut said the police had been asked by Philippines Interpol to arrest the man who escaped to Thailand after being sentenced to life in prison on February 10, 2004.

Alemania was said to have taught English at a language institution by day and was a singer by night.

He was convicted of colluding with four others to extort over Bt100 million (P133 million) in ransom from a family of ethnic Chinese-Filipino businessman who operated an animal feed business.

Wut said Alemania was a gang leader and was accused of involvement with other ransom extortion gangs in the Philippines. He is the first person to be extradited since the new administration took office in the country.

Police found that Alemania lived in the Romklao area of Lat Krabang. Philippine diplomats are to cancel his travel document and extradite him to the Philippines.