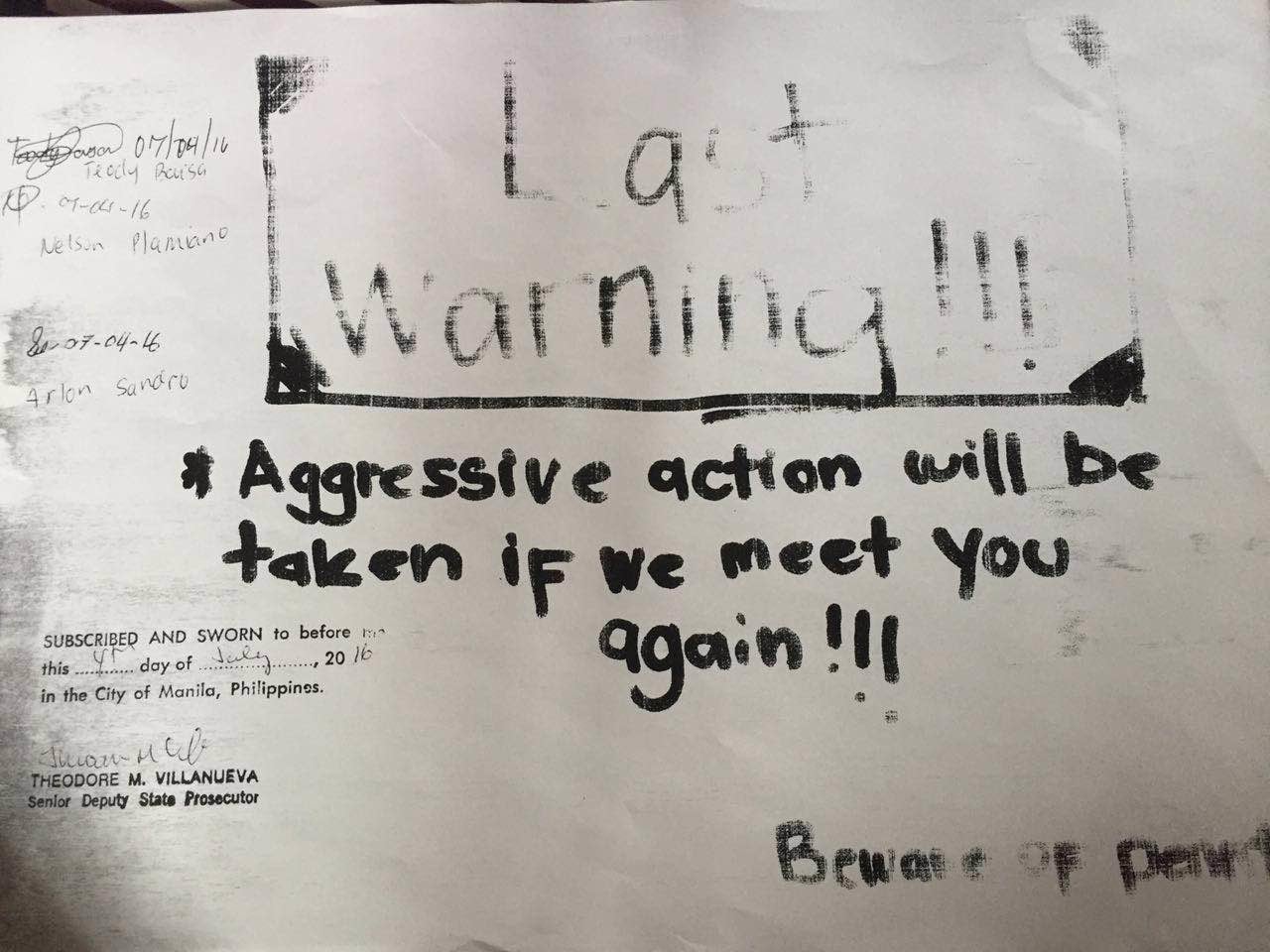 The message issued by the Malaysian Navy to the Filipino fishermen they accosted has been submitted to the DOJ as evidence TETCH TORRES TUPAS/INQUIRER.net

Three Filipino fishermen claiming to be mauled by Malaysian Navy personnel sought the Department of Justice’s help after the previous administration failed to deliver its promised assistance.

Nelson Plamiano, Teody Baisa and Arlon Sandro said they were taken by the Malaysian Navy on board Lakshamana Tun Abdul Jamil last May 9 along the southwest portion of the Rizal or Commodore Reef.

Malaysian authorities said they were encroaching in territorial waters in the disputed Spratly Island. Aside from Malaysia and the Philippines, Brunei, Taiwan, Vietnam and China are also claimants of the island.

In their affidavit submitted to the DOJ, they said 20 Malaysian Navy personnel beat them up. They were handcuffed, punched, kicked and forced to kneel on the hot floor on the ship’s deck.

After they were tortured, their tools for fishing were confiscated. They were given a paper with the message “Last warning! Aggressive action will be taken if we meet you again.” Then, they were ordered to jump from the ship 10 nautical miles from the Rizal Reef. From there, on board their boat, they reached the Navotas Port where they were taken by the Philippine Navy.

READ: PH Navy on fishermen abuse in Malaysia: Gov’t dealing with it

They said the Navy promised to call them for assistance.

The three added that former Foreign Affairs Secretary Jose Rene Almendras already mentioned that the Malaysian government has been informed of the incident.

“Halos dalawang buwan na nang mangyari ito at hanggang ngayon ay naghihintay pa rin kami ng kongkretong aksyon mula sa ating pamahalanaan at sa otoridad ng Malaysia (It has been almost two months since this happened, and until now we are still waiting for concrete actions from our own government and the Malaysian authorities),” the three fisherman said. IDL/rga