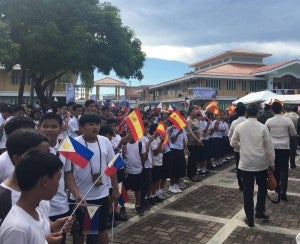 BALER, Aurora — Philippine and Spanish officials on Tuesday marked 117 years since friendship began between the colonized and their colonizers at the town where Spanish soldiers made their last stand.

The National Historical Commission of the Philippines (NHCP) and local officials led the commemoration of the end of the siege of Baler, a turning point in history where Spanish troops holed up at the town church surrendered to Filipino revolutionaries after a nearly yearlong standoff.

The Spaniards’ surrender on June 2, 1899 marked the beginning of cordial ties between the two nations, when “Filipinos showed magnanimity” to those who had occupied the country for more than 300 years,  Spanish Chargé d’affaires Guillermo Escribano said in his speech.

It was the moment when the two sides stood side by side “as equals, no longer as master and slave,” when Filipino soldiers began calling the Spaniards “amigos,” Baler Mayor Nelianto Bihasa said in opening remarks at commemorative rites at the Plaza de Baler early Tuesday morning.

“We reiterate our wish that more intense relations be forged between our countries,” Escribano said.

Escribano, with guest of honor Patricia Licuanan, chair of the Commission on Higher Education, and NHCP Chair Maria Serena Diokno began the celebration by laying a wreath at the Baler Church,  site of the historic siege. 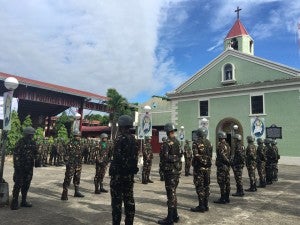 “We ended the revolution with dignity and respect,” Diokno told the Inquirer, commenting on how then President Emilio Aguinaldo had embraced the Spaniards when they gave themselves up.

The Philippine-Spanish Friendship Day has been held in Baler since its celebration became law in 2002, on the initiative of then Senator Edgardo Angara. He hosted this year’s commemoration.

“I see nothing but opportunities for growth and progress in Philippine- Spanish relations. How we harvest these fruits is entirely up to us and the coming generations,” his son, Senator Sonny Angara, said in remarks to close the celebration.

He noted how renewed Filipino-Spanish ties had generated much interest in the Philippines not just from Spain but other Spanish-speaking nations.

“A lot has changed since Baler first played host to this occasion,” he said.

Investments from Spain, for one, have reached P9.2 billion. The Spanish connection also helped in convincing the European Parliament to open the bloc’s doors to trading more closely with the Philippines

Development and defense representatives of Spain, envoys of Laos, Argentina and Thailand, local officials and representatives from the business sector were also present at the celebration.  SFM/rga 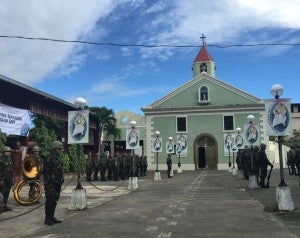