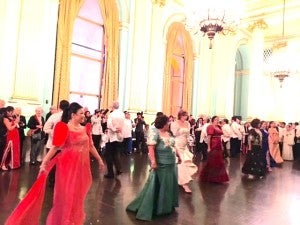 The Rigodon de Honor at the reception following the concert by Cecile Licad in San Francisco. ESTHER CHAVEZ

Just a week after her highly acclaimed concert with the 80-piece Philippine Philharmonic Orchestra in New York’s Carnegie Hall, Licad continued her masterful interpretations of classical pieces by European, American and Filipino composers.

Radi Calalang, Chair of KalayaanSF said “Cecile Licad delivered a true virtuoso performance and demonstrated why she has been perched at the top of her craft for so long. Her presence, along with the amazing Kalayaan Heroes awardees who graced the gala, helped fulfill one of our most important goals: to provide inspiration to a new generation of Filipinos.” 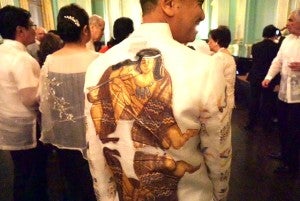 At the vin d’ honneur that preceded the concert, Consul General Henry S. Bensurto Jr. hosted a dozen or more diplomatic delegates and community leaders. He toasted the strides made by the Philippines since a hundred years ago, the strong bond between the US and the Philippines now on its 70th year, the recent approval of a distinct Filipino Cultural Heritage District in San Francisco’s SOMA (South of Market) neighborhood and the burgeoning popularity of Filipino cuisine, cultural events and the arts.

Bensurto also noted the “sacrifices of our modern day heroes” — overseas Filipinos, who have found success in their respective fields and have projected a positive image of the Philippines globally and who have been giving back to their motherland.

“Today, we can finally say that the Philippines has lived up to its potential, with its unprecedented economic growth and confidence from the international community. More than ever, we Filipinos, whether in the Philippines or abroad, need to invoke the spirit of community and patriotism that was present in the EDSA People Power Revolution of 1986,” Bensurto stated. 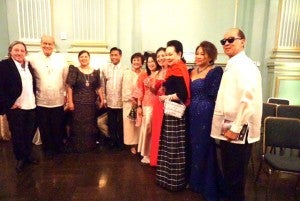 2016 Gawad Bayani awardees were given their ttheir crystal trophies. Awardees were:

ERLINDA BORROMEO, Leadership with Heart, president and co-founder of Autism Hearts Foundation (AHF) which has contributed significantly to the quality of life of those affected by autism;

CECILIA GAERLAN, Guardian of Philippine History, executive director of Bataan Legacy Historical Society, which addresses information gaps in the role of Filipino soldiers during World War II and their loss of postwar rights and benefits;

MAJ. GEN. TONY TAGUBA (Ret.), Leadership Excellence with Integrity, he is only the second American citizen of Philippine birth to be promoted to a general officer rank in the Army. General Taguba is best known for leading the charge against war crimes at Abu Ghraib. 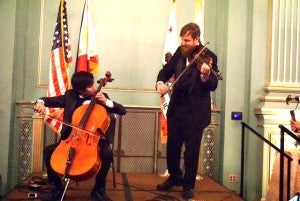 KalayaanSF is now on its fourth year of promoting the visibility of Filipinos in the Bay Area by celebrating Philippine Independence Day in both public and private venues, with popular and talented artists, craftsmen and outstanding Filipino American citizens and imparting Filipino pride across generations. 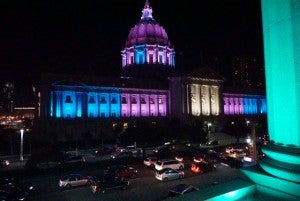 Read Next
Duterte optimistic of favorable sea ruling
EDITORS' PICK
Water remains our saving grace right now
Navotas will be on lockdown from July 16 to 29 – Tiangco
World-standard accounting: Unlocking your financial potential
Defend Your Health! Shop health essentials from home with Rose Pharmacy’s Online Sale
COVID-19 wards in 2 more hospitals reach full capacity
Chatting with companions, answering calls on MRT 3 trains banned
MOST READ
‘I am not my father,’ says daughter of lawmaker who voted to deny ABS-CBN franchise
In slap on face of PH, China replies to Locsin on tribunal ruling: It’s invalid
Vilma Santos-Recto ‘prepared’ to face ‘consequences’ over ABS-CBN franchise vote
Did a meme get on Agot Isidro’s nerves? She’s asking ’24 Oras’ to fact-check it
Don't miss out on the latest news and information.