'If not we'll accept it as part of country that honors int'l commitment by Unclos'
By: Frances Mangosing - Reporter / @FMangosingINQ
INQUIRER.net / 07:37 PM July 05, 2016 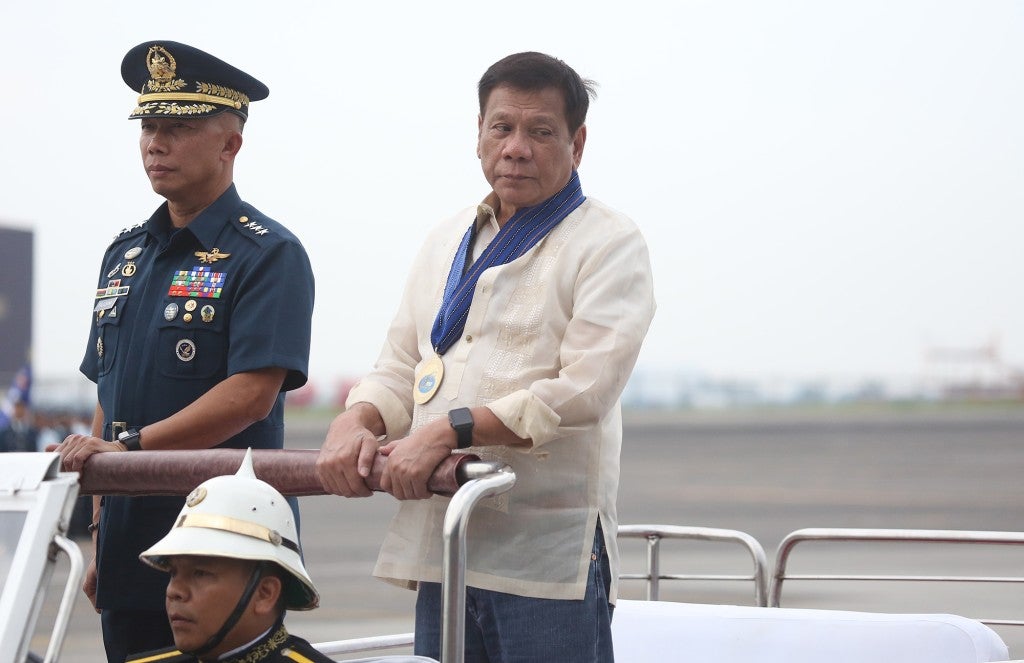 CLARK FIELD, Pampanga—President Rodrigo Duterte has expressed optimism that the decision of the arbitration on the Philippines’ maritime case on the South China Sea will be in the country’s favor, but adds that he is also ready otherwise.

“For the West Philippine Sea, we remain optimistic that the judgment will be in our favor and if it’s not we will accept it as part of the country that honors international commitment by the United Nations Convention on the Law of the Sea (Unclos),” he said in his speech at the Philippine Air Force’s 69th anniversary held here.

The President expressed willingness to talk to China if the ruling is in the country’s favor.

“When if it’s favorable to us, let’s talk.  We are not prepared to go to war. War is a dirty word now,” he said.

Duterte added that they will proceed accordingly after it obtains a copy of the ruling.

“We will decide for the better interest of the country. In the meantime, we are just hopeful,” he said.

The permanent court of arbitration in The Hague will come out with a ruling on the Philippines’ maritime case against China on the South China Sea on July 12 at 5 p.m. (Philippine time).

China has repeatedly ignored the case and also plans to do the same on the ruling.