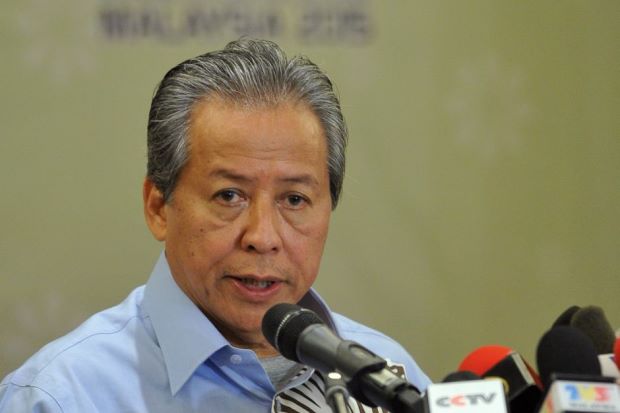 KOTA KINABALU — Malaysia and Indonesia are pushing for more concrete steps to improve security in the Sulu Sea and for the Philippines to take more effective measures in tackling the kidnap-for-ransom Abu Sayyaf militant group.

Foreign Minister Datuk Seri Anifah Aman said he and Indonesian counterpart Retno Marsudi want to meet with the incoming Philippine Foreign Secretary after the official takes his oath of office.

“We can meet in Jakarta, Malaysia or Manila. We need to have this urgent meeting,” he said late Saturday at a press conference here after receiving a call from Retno about the latest abduction of seven Indonesian tugboat crewmen at international waters in the Sulu Sea.

“I would like to stress upon the seriousness of this problem that involves Filipino nationals.

“We accept that it is a complex issue. The Philippines military has been going after these people with limited success.

“The question now is how can we work together,” he added.

Anifah said both he and Retno voiced concern that the kidnappings carried out by the Abu Sayyaf were now increasing in frequency and targeting merchant shipping there.

He said the abductions, though occurring in international waters, were causing a climate of fear among those intending to come to Sabah thus affecting the tourism industry here.

On June 24, seven Indonesian tugboat crewmen were abducted in international waters in the Sulu Sea bordering the Philippines and Indonesia.

The incident was the latest in a series of abductions of sailors from merchant vessels operating in the Sulu over the past two months.

On March 26, abductors linked to the Abu Sayyaf grabbed 10 Indonesian sailors from the tugboat Brahman.

Another four crewmen from an Indonesian-owned tugboat were abducted on April 15./rga