The promise of instant gratification 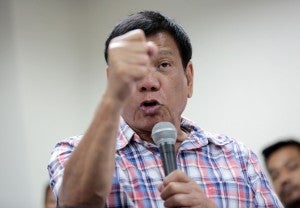 NEW YORK—In reading Underground, novelist Haruki Murakami’s nonfiction account of the March 20, 1995 sarin gas attack on Tokyo’s subway commuters by the Aum Shinrikyo cult members, I was struck by his insight into how Aum’s leader Shoko Asahara was able to get his followers to carry out the mass killings. For the most part, these were smart, educated, hard-working professionals, hardly the unthinking drones we usually associate with cults. And yet they were drawn into Asahara’s circle, becoming extensions of his personality and thus his agents.

In that attack, sarin in liquid form was released during the rush hour, a time when the trains were the most crowded. Twelve died, 50 were injured severely, and nearly 5,000 others suffered vision problems. Murakami interviewed survivors as well as former cult members. His accompanying analysis and these interviews are what make up Underground.

Murakami writes: “If you lose your ego, you lose the thread of that narrative you call your Self. Humans, however, can’t live very long without some sense of a continuing story. … But once you’ve consigned your ego to someone else, where on earth do you go from there?

“At this point you receive a new narrative from the person to whom you have entrusted your ego. You’ve handed in the real thing, so what comes back instead is a shadow. And once your ego has submerged with another ego, your narrative will necessarily take on the narrative created by that other ego.

“Just what kind of narrative?

“It needn’t be anything particularly fancy, nothing complicated or refined. You don’t need to have literary ambitions. In fact, rather, the sketchier and simpler the better. Junk, a leftover rehash, will do. Anyway, most people are tired of complex, multilayered scenarios—they are a potential letdown. It’s precisely because people can’t find any fixed point within their own multilayered schemes that they’re tossing aside their self-identity.”

Being a writer Murakami naturally talks in terms of narratives, of story structure. But his is as lucid an explanation as anything I’ve read as to why, for instance, politicians such as Rodrigo Duterte, the soon-to-be president of the Republic of the Philippines, and Donald Trump, the wannabe U.S. commander-in-chief with the salmon hair, have attracted so many followers.

Both men have outsized egos, speak in black and white terms, and offer narratives that are straightforward, hard-hitting, and couched in easy to understand terms. The solutions each proposes do not require complex analyses or a policy wonk’s approach. No subtlety is involved whatsoever: Kill drug lords and kidnappers! Build a wall to keep foreigners out! Ban all Muslims! Eliminate Congress!

They appeal, as others of more historical significance have appealed before them, to all those people tired of carrying the burden of being and thinking for and of themselves and even for their families. Either the changes they are witness to upset them, or conversely the changes happen elsewhere and are not a reality in their own lives. They desire new narratives, ones where they play a role, rather than just being bystanders. Isn’t this a very human desire we all possess, to have a say in how our lives are run? To think thus of Duterteites and Trumpians as completely alien to us who repudiate what the two stand for would be a mistake.

For that promise of a utopia, their followers are willing to surrender their egos in a Faustian exchange, i.e., ceding their autonomy and being subsumed into a larger and hopefully more meaningful narrative even if this entails violence. This is exactly what happened with Aum Shinrikyo members as it did with Nazism, as it does with Al Qaeda, with ISIL, with white supremacists.

Of course there are narratives and there are narratives. The narrow ones offered by Duterte and Trump are those of exclusion, constructed along loser-versus-winner, us-versus-them fault lines. In a word, unsophisticated, or, as Murakami puts it, “Junk, a left-over rehash will do.” Except for the subtext of messianic deliverance (but to where, exactly?), they have no theology, no spiritual dimensions, no narratives of individual and communal upliftment that can lead to enlightenment. What they do offer is the promise of immediate gratification, and in that sense are very much a product of our time, of you and me. Copyright L.H. Francia 2016