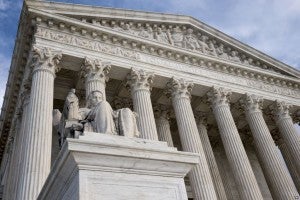 SAN FRANCISCO — A California-wide advocacy group expressed disappointment at the U.S. Supreme Court’s 4-4 United States v. Texas decision blocking President Obama’s effort to expand DACA and DAPA programs, but stressed that the decision does not affect the original DACA program, which remains available to at least a million applicants.

The extension of DACA (Deferred Action for Childhood Arrivals) and DAPA (Deferred Action for Parents of Americans and Lawful Permanent Residents) initiated by President Obama in 2014, would have protected millions more immigrants – 1.5 million in California alone – from deportation while authorizing them to work legally.

Despite the high court’s decision, Ready California explained that the original DACA program launched in 2012 continues to be available to more than a million qualified applicants.

While the decision on expanded DACA and DAPA is a temporary setback, eligible undocumented immigrants can continue to apply for and renew DACA in order to access its many benefits, including a temporary reprieve from deportation, access to a work permit and a social security number.

“Each day these programs are delayed means that millions of immigrants and their families are left to live with fear and uncertainty,” said Sally Kinoshita, deputy director of the Immigrant Legal Resource Center, which leads Ready California.

She said further: “(The) Supreme Court decision denies valuable members of our communities the opportunity to live and work without the constant risk of being torn from their families while more fully contributing to their local economies. When and if these programs become available, we are determined to help eligible Californians realize the full benefits of these critical immigration benefits and prepare for eventual immigration reform.”
Ready California is advising families to take a number of steps now to prepare and protect themselves, including: obtaining screenings from qualified legal service providers to check eligibility for the original DACA program and other immigration relief options; applying for a driver’s license under California’s AB 60; enrolling undocumented children in Medi-Cal; applying for citizenship if eligible; and registering to vote if they are U.S. citizens.

Ready California is a cross-sector collaborative working to ensure that the maximum number of eligible Californians benefit from DACA and DAPA while strengthening the statewide infrastructure to respond to future immigration reform. For more information about Ready California, visit www.ready-california.org.