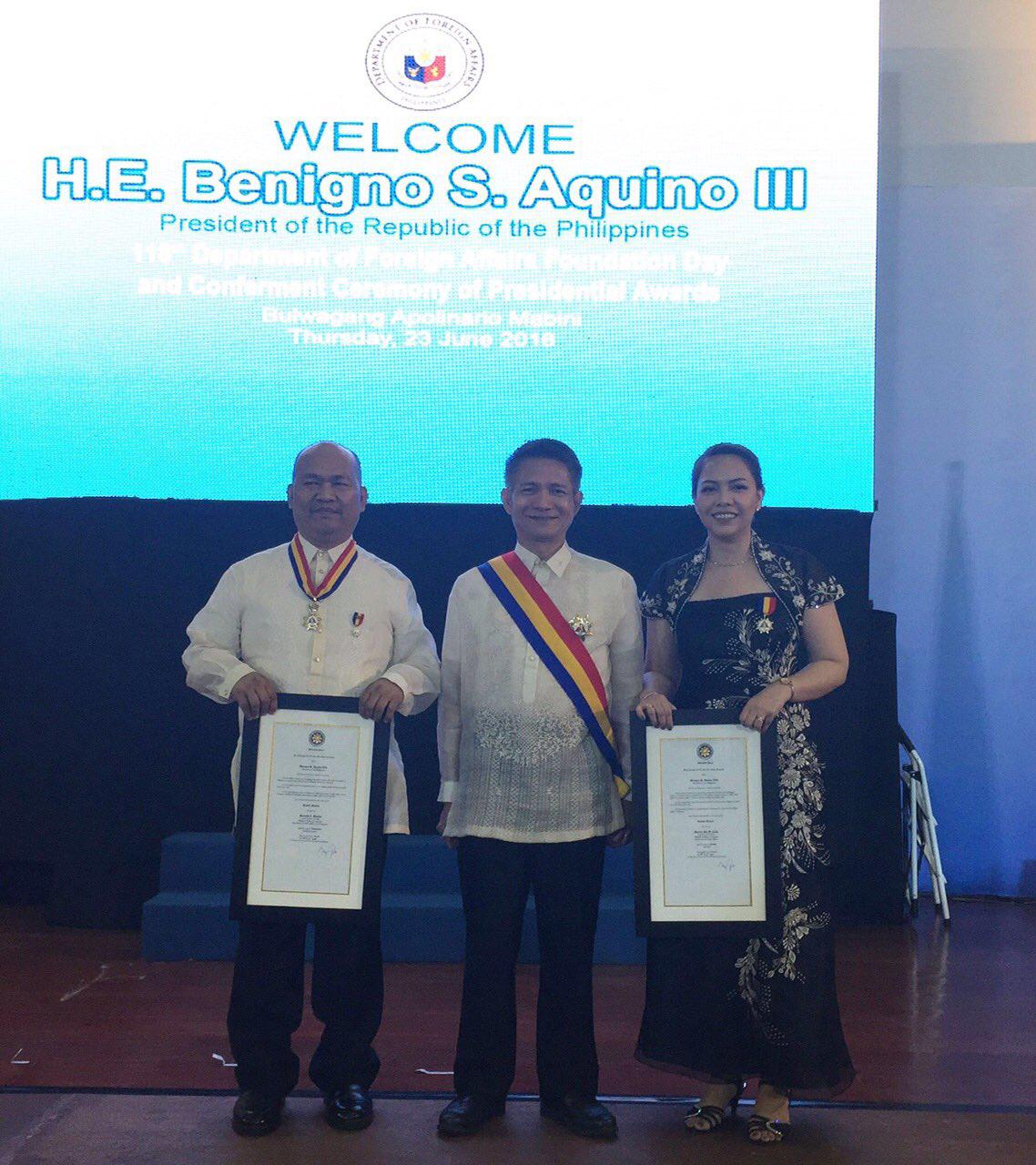 Three officials of the Philippine Embassy in Malaysia were conferred the Gawad Mabini Awards for their efforts in the establishment of alternative learning centers (ALC) for Filipinos and other migrant children in Sabah.

“Filipino children in Sabah are in a precarious situation, and our initiatives are mere first steps in a long journey, but we are hopeful that with the support of all stakeholders, we will be able to improve their lives through education, one child at a time,” Ambassador Malaya said in a statement Thursday.

Other conferees of the Gawad Mabini, Kasugo were Anika A. Fernandez of the DFA Cebu Regional Office and Gladys O. Perey of the Embassy in Lebanon.

The Embassy’s Department of Social Welfare and Development Attaché Bernard Bonina received the Gawad Mabini, Dakilang Kasugo (Distinguished Member) for his “dedicated service in the rescue and extending assistance to Filipinas who became victims of trafficking.”

Others who were bestowed the Gawad Mabini, Dakilang Kasugo were Dennis John Briones of the DFA Office of American Affairs, Donna Celeste Feliciano-Gatmaytan of the DFA Office of United Nations and International Organizations, and Siegfred Masangkay of the Philippine Embassy in Syria.

The awarding ceremonies at the DFA main office in Pasay were held in line with the 118th founding anniversary of the DFA. The awards were given by President Benigno Aquino III and DFA Secretary Jose Rene Almendras.

In his closing remarks, President Aquino praised the diplomats for their dedication despite the difficulty of their work.

“[A]nywhere in the world, you prove that you are Filipinos serving for the welfare of your countrymen. Despite the doubts and risks at work, you do not waver. Your dedication to nurture our bosses—the Filipinos—always prevails,” Aquino said.

He also commended former DFA secretary Albert Del Rosario for his initiative and responding to problems “beyond expectation.” He said that Del Rosario’s leadership bore “good employees” such as the awardees.

Aquino ended his speech by continuing to express his gratitude to the Gawad Mabini recipients, saying that their hard work would always serve as a good example to the entire country.

“May we continue to strengthen our unity and promote our ambition—to leave the country in a far greater situation than what we came to see,” he concluded.