The horrors of Red House in Pampanga 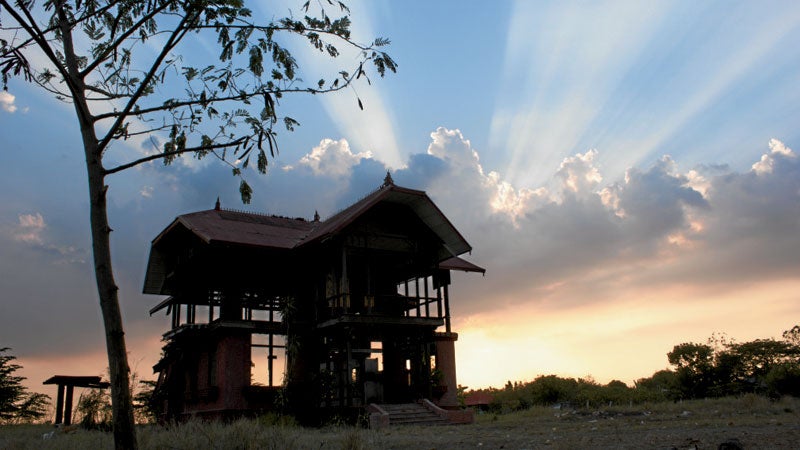 HOUSE OF HORRORS This crumbling villa in Candaba, Pampanga province, stands as a witness to the atrocities committed by Japanese troops against Filipino women during World War II. PHOTOS FROM BBC OUR WORLD

HUNDREDS of thousands of women and girls across Asia were raped and forced into sexual slavery by Japanese soldiers during World War II.

Some have been offered a direct apology and compensation from the Japanese government—but not in the Philippines.

The last survivors there want their suffering to finally be acknowledged.  BBC World News’ Our World program went to speak to them.

Readers may find some of the details in this story disturbing.

“At night there are evil spirits—my mother and brother used to see the ghost of an old woman.” With this warning the caretaker unlocks the gates to the so-called Red House.

Today the majestic blood-red villa is crumbling, but memories of the atrocities committed inside it haven’t faded.

Lita and her sister, Mileng, live in the nearby village of Mapanique in Candaba, Pampanga province. They were 13 and 15 years old when Japanese soldiers attacked their village in 1944.

The men were executed and the girls and women, more than 100 in all, were taken to the Red House, which Japanese troops were using as a garrison.

‘It was so painful’

“We thought they were going to kill us,” Lita says.  But the soldiers were in high spirits. Then, as the light faded, they began to rape the women and girls. “It was so painful,” Mileng says.

Lita points out to where the stairway used to be. That’s where they raped her. “I was really struggling; I kept my legs together, tightly crossed but they punched my thighs so that they could do what they wanted.”

The sisters had become part of one of the largest operations of sexual violence in modern history. It’s widely thought that about 200,000 women were held in captivity and many thousands more were raped.

Most were in Korea and China, but the operation extended across the Japanese empire, as far afield as Burma (Myanmar), New Guinea and the Philippines.

“This was not something done on the spur of the moment—this was planned,” says historian Ricardo Jose of the University of the Philippines.

In the 1930s, it was discovered that Japanese troops in China would go on “raping sprees.”

Recognizing the threat of the spread of sexually transmitted diseases, the Japanese Imperial Army devised a system to regulate sexual activity through the use of full-time slaves, whom they called “comfort women.”

Estellita was 14 when she was captured by a Japanese soldier and bundled into a truck. She was taken to a garrison where she was repeatedly raped.

“I don’t remember how many men came in. At one point I felt a sudden pain so I fought back. The soldier held my head and banged it really hard into the table and I lost consciousness,” she recalled.

“It was living hell for the comfort women,” Jose says. “They simply had to wait for the next customer, they had to submit.”

On fortnightly visits to one garrison in the city of Iloilo, Imperial Army doctors recorded the names, ages and sexual health of their captives: “21 … 16 … 17 … vaginal inflammation … vaginal erosion.”

“At their most extreme, the acts of violence would involve using almost anything to penetrate the woman—bottles, sticks, blunt objects,” Jose says. 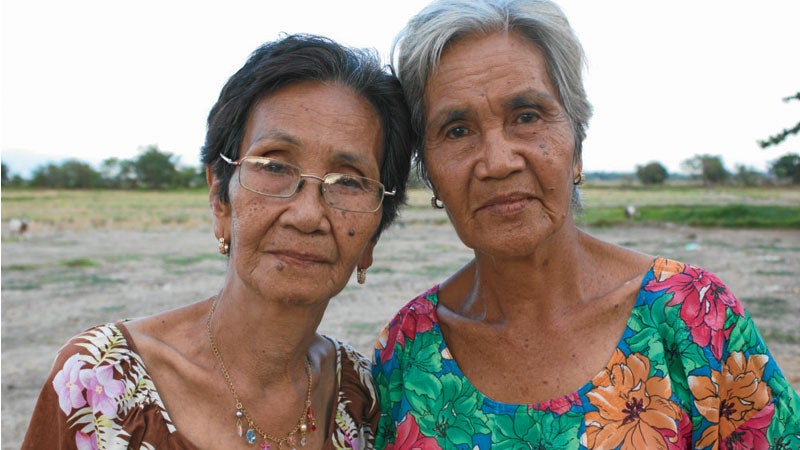 NO PEACE OF MIND Decades after the war, sisters Mileng and Lita find no comfort in Japan’s vague apologies and inadequate financial offer. PHOTOS FROM BBC OUR WORLD

Estellita’s captivity ended as suddenly as it began. She was awoken one morning by American soldiers. The Japanese had fled. She walked out of the garrison and went home to her parents.

Estellita began a half a century of silence—she didn’t even share her story with her husband or children. But when she started meeting up with other survivors and campaigning on behalf of the comfort women, her daughter Lisa began to ask questions.

“I kept wondering why she wasn’t around,” Lisa says. “So I asked her.” Estellita was conscious that other women in her position had been abandoned by their families when they found out. “I had to explain that I didn’t want it to happen to me.”

Lisa was deeply moved by her mother’s story and joined her in the campaign for justice.

In 1993, the Japanese government offered “sincere apologies and remorse to all those, irrespective of place of origin, who suffered immeasurable pain and incurable physical and psychological wounds as comfort women.”

It helped set up a fund to provide aid and support to victims but didn’t offer full state-funded compensation.

Japan has subsequently reiterated its sincere remorse and apologies toward the women.

But for many of the women these apologies were too vague and the financial offer inadequate.

They have also questioned Japan’s sincerity, pointing to recent statements from high-ranking Japanese politicians which challenge the veracity of the women’s accounts.

In February 2016, Deputy Foreign Minister Shinsuke Sugiyama told a UN committee that Tokyo had no documentary evidence to confirm the forcible recruitment of women into sexual slavery during the war.

The women in the Philippines demand a full public apology that acknowledges explicitly the ordeal they went through and accepts legal responsibility, as well as compensation paid by the Japanese state.

Then in December last year, Tokyo did offer an official apology and promised compensation to South Korean survivors. But toward the Filipina survivors, the Japanese government does not appear to be moving.

In a statement, Tokyo told the BBC: “Japan has repeatedly expressed the feelings of deep remorse and heartfelt apology for its actions during the war. We must never forget that there were women behind the battlefields whose honor and dignity were severely injured.”

The women suspect that the close relationship between their own government and Japan—the largest donor and trading partner with the Philippines and a major strategic ally—is preventing Manila from applying enough pressure on Tokyo.

The Philippine government says it “has always remained sensitive to promoting the welfare of former Filipino comfort women,” and that it “continues to adopt a firm and unwavering position on the matter.”

This is not enough for Estellita, though. Her group is taking their campaign to the streets, joining a major political rally in downtown Manila.

“We won’t stop until we get the justice we are calling for,” she says.