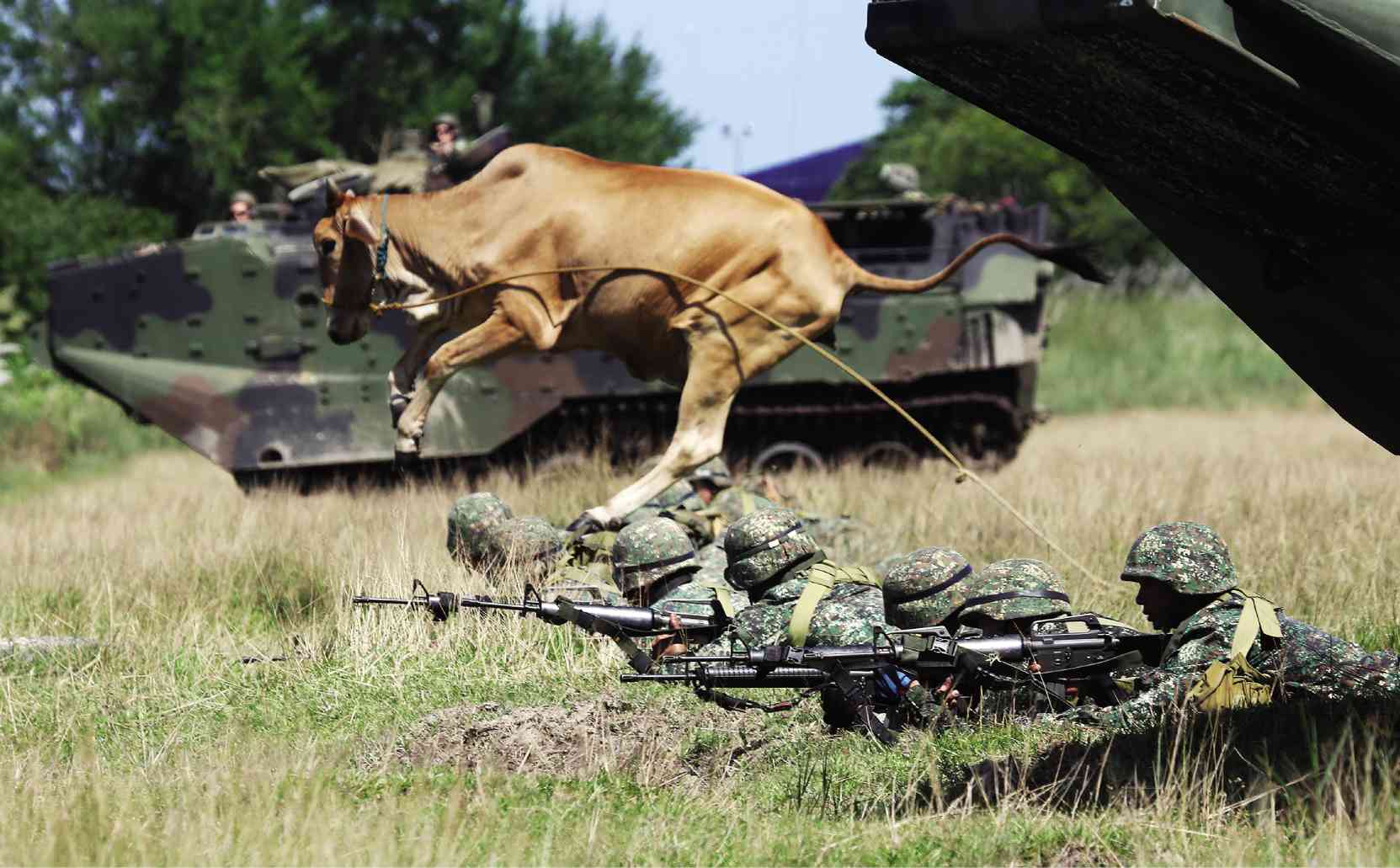 HOLY COW! Startled by gunfire, a cow jumps over soldiers engaged in war games at the Philippine Naval Station in San Antonio, Zambales province. The heavily armed Philippine Marines are firing at a mock enemy target at the end of the nine-day joint US and Philippine marines military exercise dubbed Phiblex on Friday. MARIANNE BERMUDEZ/INQUIRER FILE PHOTO

MANILA — Philippine Daily Inquirer photographer Marianne Bermudez won the Award for Excellence in News Photography given out by the Society of Publishers in Asia (SOPA) on Wednesday night in Hong Kong.

Bermudez won for her October 9, 2015 photo titled “Holy Cow,” which came out on the front page of the Inquirer on Oct. 10, 2015.  The photo shows a cow leaping in surprise upon hearing gunfire from soldiers of the Philippine Marines who were firing at a mock enemy target during the Philippine-US joint naval training exercise at the Philippine Naval Station in San Antonio, Zambales. 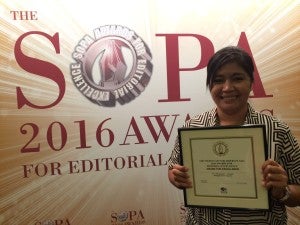 Inquirer photographer Marianne Bermudez shows off the Award for Excellence in News Photography granted by the Society of Publishers in Asia (SOPA) on Wednesday night, June 15, 2016, in Hong Kong

The photograph captured the very moment the cow jumped in the air, with soldiers on the ground, firing in combat position.  The winning photo —  full of mirth, levity, seriousness and motion — is actually just one of a series of shots, which include a photo showing the cow approaching the soldiers who had quizzical looks on their faces upon sighting the uninvited participant.

Bermudez’s award was the second straight in two years for the Inquirer from SOPA.  Edwin Bacasmas won the same award in 2015.  SFM