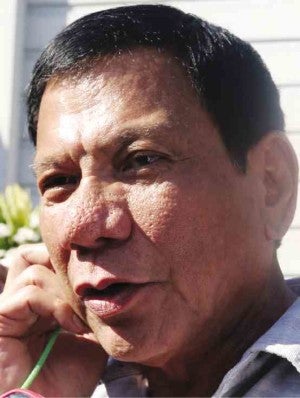 MANILA — President-elect Rodrigo Duterte’s spokesman has expressed confidence that the incoming president, being a “strategic thinker,” will be able to thwart future Abu Sayyaf atrocities such as kidnapping and murder.

When asked about Duterte’s thoughts on the beheading of a second Canadian captive by the Abu Sayyaf, Ernie Abella, who on Monday night was designated as one of the presidential spokespersons, said he has not talked with Duterte about the recent beheading.

“Wala po syang nababangit. Wala po kaming napag-uusapan (He did not say anything.  We did not talk about it),” he said in a “meet and greet” with journalists on Tuesday afternoon.

“My personal thoughts, kidnapping and beheading are gruesome things,” he added.

But Abella said the president-elect, being “a very strategic thinker … will be able to do something or take a series of actions that will drastically reduce similar activities.”

Abella was kidnapped in Davao City in 1996. He was freed after paying a “small amount” as board and lodging fee. He said Duterte helped in negotiating for his release 24 hours after he was kidnapped.  SFM