DAVAO CITY—President-elect Rodrigo Duterte on Monday met with Ambassadors Philip Goldberg of the United States, Asif Ahmad of the United Kingdom, and Thomas Ossowski of Germany at the so-called Malacañang of the south.

Goldberg, Ahmad, and Ossowski paid their courtesy calls on Duterte separately at the Department of Public Works and Highways (DPWH) compound in this city.

The details of the closed-door talks have yet to be disclosed.

Ahmad shared photos of his meeting with Duterte on Twitter. He said he gave the incoming President a pair of miniature Triumph motorbike toys as token, while Duterte gave him a Philippine eagle souvenir.

Duterte previously met with the ambassadors of Japan, China, Israel and Russia.  ac/rga/ac 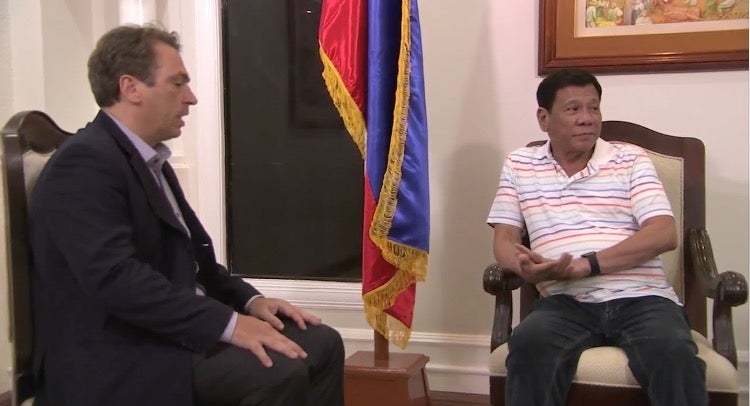