She brings babaylan culture to America and the diaspora 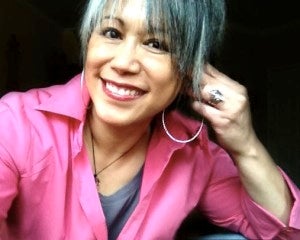 Perla Daly: “Babaylan heritage reached out to me.” CONTRIBUTED

BANGKOK — Born in the United States, Perla Paredes Daly was a typical Fil-Am girl, until she returned to her mother’s homeland. Now that she’s a grown woman and back in America, she’s also known as Omera Sigahne, 53, a spiritual leader, writer, artist and community advocate.

“I developed a big love and lasting relationships with my big extended family and my friends (in the Philippines). I also developed a deep love for the country and being Filipino. So, even when I was back in the States, the activities of my heart and mind continually flowed back to the Philippines,” she says.

Cry of the babaylan and mandala

Spending many years in the Philippines Perla became aware of the “babaylan,” a Visayan term for a woman leader in the community who functioned as a religious leader, healer, shaman, seer and community miracle worker. (There were also male babaylan.) During the Spanish time, they were hunted and killed or fed to crocodiles. Thus, the inspiration for the collections of essays “Back from the Crocodile’s Belly” published by Center for Babaylan Studies. Some babaylan who escaped the inquisition sought refuge also in the Church, by being “manang” or devotees of the Virgin Mary. 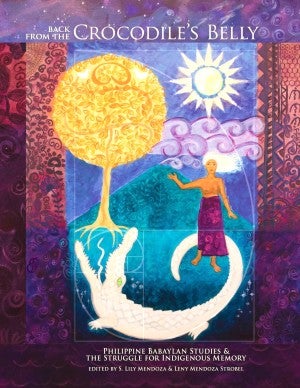 “Back from the Crocodile’s Belly,” a collection of essays about the ancient Filipino cultures. The cover design was by Perla Daly. CONTRIBUTED

The babaylan in Perla did not cry out until later. She went to New York City and worked in bank, a real estate investment firm, a stock photo agency and then a photo retouching agency and finally in an advertising firm.

“I’ve been able to work here as an art director and a designer, and that job has earned me a good salary. For a time, I was able to be an at-home mom and I enjoyed and cherish those years greatly. I was able to easily return to work when the kids got older,” she explains.

Married to a non-Filipino, with three sons, Perla understood deeply the importance of culture and the need to imbue it to not only among Filipinos in diaspora, but also to all Filipinos. Technology plays an important role in her advocacy.

“The babaylan heritage reached out to me. When things happen repeatedly, one has to pay attention. That’s another thing I learned. The spirit of the babaylan began whispering, calling and shaking me awake, holding me tight in her embrace and forcing me to look at the work that needed to be done. She sent me the right friends. She sent me the right signs on my journey. I finally had to heed her call,” she muses.

At the Filipino American Women’s Network FAWN conference in 2005, she chaired “Coming Into Our Own Spirit and Success” workshop, built around her original conceptualization of the five babaylan power roles or archetypes. Four years later, Perla co-founded the Center for Babaylan Studies with Professor Leny Strobel and Baylan Megino, based in California.

She is also founder of BagongPinay the first online community for and by Filipinas aimed at creating a positive and empowering Filipina identity (www.newfilipina.com), BahalaNaMeditations.com and BaybayinAlive.com. She co-created the Babaylan Mandala fine art series. Her cultural advocacy earned her a “100 Most Influential Filipinas in America” award in 2011.

As an artist she created the mandala series. The mandala is a personal message by an ancestors to every Filipino and to all humans. She explains that the messages and meanings could be gleaned while “gazing at it in a contemplative setting.”

Perla believes that whatever happened in the past will reach out to the present and the future; the present touches the past and future, back and forth and all around. She thinks of her life as connected to Philippine ancestry and heritage and being called back to the ancestors and the land.

The Center for Babaylan Studies (CfBS) focuses on Filipino Indigenous Knowledge Systems and Practices (IKSP), with specific focus on babaylan discourse, indigenous healing traditions and Sikolohiyang Pilipino (Filipino psychology). Its mission is to connect with resources and facilitate the relevance, cultivation and promotion of Filipino indigenous wisdom in an age of globalization. 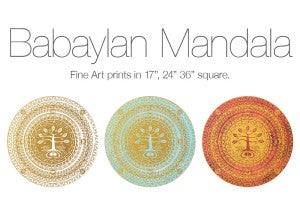 Mandala is a personal message. CONTRIBUTED

The Center maintains an online archive of spiritual, social, cultural, historical and other materials relevant to facilitating a “decolonization process.” It connects Filipinos in the diaspora with Philippine indigenous villagers and Filipinos back home who are living their indigenous heritage.

“We bring to the Americas representatives from the Philippines to come and speak, teach, share at conferences, events and retreats. We connect with visiting Philippine nationals who are living tradition bearers,” she says.

“I believe that being born human is a gift from God, and being Filpino is a particular feature of that gift. No matter where we are in the world, we can honor our heritage, remember our ancestors, experience love as the most important language and guidance system that connects us to God/Goddess,” Perla explains.