Challenges in applying for Filvets US parole visa | Global News

Challenges in applying for Filvets US parole visa 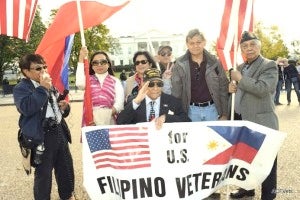 Henry was petitioned by his father who was a Filipino World War II veteran. Sometime in 2000, his father suffered a heart attack in the U.S., and Henry traveled on a visitor visa to take care of him. He extended his stay as a visitor for another six months until his father passed away.

Henry stayed beyond his authorized stay in the U.S. and incurred unlawful presence. He heard about the parole program for children of Filipino World War II veterans and is excited to apply for parole. Will Henry be eligible to apply for parole?

Henry meets most of the requirements of the Filipino World War II Veterans Parole Policy or FWVP as released by the U.S. Citizenship and Immigration Services on May 9, 2016. Henry is already in the United States; will he still be allowed to apply for the parole and eventually be eligible for employment authorization?

Those presently in the U.S. must depart and process for the parole abroad (U.S. Embassy in Manila). But if Henry departs from the United States, he will face the 3 to 10-year bar to inadmissibility.

This means that since he has been out of status for more than one year, he will not be able to return to the U.S. for 10 years, defeating the purpose of the parole. Henry may just want to take at the legal option of a humanitarian reinstatement of the revoked petition and subsequently apply for adjustment of status.

There are several benefits of FWVP as thousands of family members may take advantage of this program in the next five years. But there are also anticipated challenges. One is the requirement that veterans or their surviving spouse must be the petitioners for parole if they are still alive. With their advanced age and declining health, they will need assistance to locating and putting together the supporting documents needed to file parole for their children.

Another major challenge is a situation where both parents are deceased and the children are allowed to self-petition for parole. In this case, they have to request for the humanitarian reinstatement of the petition before they may be granted the parole. This request for humanitarian reinstatement is very discretionary and usually the standards are very high unless special consideration are given to children of Filipino veterans.

As mentioned by the USCIS in its May 9, 2016 announcement of this parole program, the FWVP is a discretionary determination that will be made on a case by case basis. While it is understandably a discretionary matter, in delineating the parameters and in the implementation of this parole program USCIS should be liberal in the exercise of their discretion. They should take into account not just the policy behind the parole program, but also its humanitarian nature, recognizing the extraordinary contributions and sacrifices of these Filipino veterans during World War II.

(Atty. Lourdes Santos Tancinco, Esq. is an immigration attorney with the Tancinco Law Offices, a San Francisco CA based law firm. She may be reached at 1 888 930 0808, [email protected] , facebook.com/tancincolaw, or through her website www.tancinco.com)