Tourism branding must be used wisely, not wastefully

Tourism is big business. The tourist market is getting broader, changing and becoming more competitive. Understandably, nations and cities are constantly battling for their share of the huge tourism revenues to sustain the viability of attractions that bring in tourists and travelers – whether they are pristine beaches, ancient monuments, or natural wonders. To attract more tourists, destinations strive to outdo one another in trying to be different through destination branding.

In today’s competitive tourism industry, a country must stand out to draw the attention and interest of tourists. It must be distinctive and unique. Thus branding is seen as a major factor in gaining attention and motivating tourists to visit a place. However, it must be used wisely. 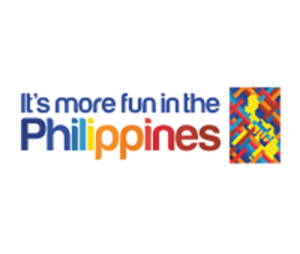 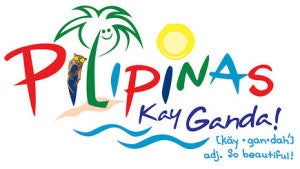 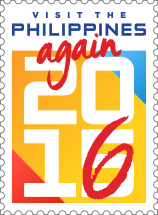 Successful tourism slogans and branding drive tourism growth. However, changing slogans can be costly and complicated. That is why many countries and destinations do not change their slogans on a regular basis.

The Philippines is among countries that are investing heavily in tourism promotions and marketing efforts to attract more visitors to the country. Officials of the current administration see tourism as one of the highest drivers of the economy, next to the IT and semi-conductor industries. Data confirm this, with tourism contributing 7.8 percent to the country’s GDP in 2014.

In 2001 the Department of Tourism, with Richard Gordon as the secretary, launched “WOW PHILIPPINES” campaign, which generated foreign visits reaching a little over three million in 2007.

In 2010 the DOT under then Tourism Secretary Albert Lim launched “Pilipinas Kay Ganda” tourism slogan. The special preview, which was done in 3D and attended by 700 guests, reportedly costs Php4.8 million. Unfortunately, the slogan was much criticized and maligned for its negative connotations and was pulled out only a week after launching.

In January 2012 Tourism Secretary Ramon R. Jimenez Jr. launched the “It’s More Fun in the Philippines” slogan. Within weeks it was dubbed the third smartest marketing campaign in the world by global annual marketing campaign ranker Warc 100. That year, the Philippines drew in 4.27 million visitors, a record high for the country but still a little below the target of 4.6 million visitors.

In 2014 the DOT, through its marketing arm, the Tourism Promotions Board unveiled a new campaign the “Visit Philippines Year 2015 (VPY2015),” aim to attract some 6 millions visitors. The target was later on downscaled to 5.5 million. At the end of 2015 the country recorded 5.36 million tourist arrivals.

For 2016 the DOT aims to bring in 10 million foreign visitors and launched a new tourism campaign dubbed as “Visit the Philippines Again 2106 (VPA 2016).

However, the success of a brand or marketing slogan cannot be measured overnight. It takes years of sustained awareness campaigns and a variety of aggressive marketing strategies before the desired effect is achieved, which is to drive tourists to specific destinations.

That is why many countries and destination cities do not change their slogans. India for example, has been using its slogan for the past 10 years. On the other hand, a few including the Philippines has a penchant for coming up with new slogans on a regular basis.

With the change in administration coming on July 1, so will there be a changing of guards in the Cabinet and other appointed positions. Each of the new appointees is up for a big challenge to fulfill the promises that Team Duterte made during the campaign.

Given that the tourism helm is about to change hands, will the tourism target of 10 million tourists for 2016 remain, or will it be downgraded to an attainable figure? Who will be the new tourism head that will be given the task of steering the tourism industry? Will he or she share the vision of the “It’s More Fun in the Philippines” campaign? Will the new tourism chief maintain the existing brand and strengthen the country’s competitiveness? Or will he or she launch a new campaign?

Often, making changes is the first thing incoming leaders do in an attempt to convey a new direction or to differentiate themselves from their predecessors. In the case of tourism, whoever will be the new bosses we hope that they realize that they do not own the brand that promotes the Philippines. Rather, they are temporary custodians of a strategy that captures the country in a positive light.

Changing slogans is costly and complicated. Although we are not privy as to how much money the government agency spent to adopt a tourism slogan, launching new campaign can be very expensive. If a foreign brand consultant is hired, the cost could increase to several million dollars, not to mention the fact that previous brochures and other printed promotional materials identifying the old brand or slogan will be wasted completely.

Such multi-million dollar spending can, of course, be justified if the slogan attracts more foreign visitors. But, what if a new slogan or brand does not fulfill its purpose? Changing slogans or brands not only cost millions, but also could have a negative impact if they alter the image and identity of the country. To avoid the prospect of spending millions of dollars, our new set of leaders under the new administration should perhaps look into putting in place legislations to regulate spending on new campaigns.

Effective marketing slogans can drive tourism growth. The challenge is how to sustain the interest of the travel and tourism market. The next tourism head should realize that it is not the constant changing of marketing slogans or branding that draws in the tourists. The effectiveness of a tourism slogan lies in aggressive promotional activities that create awareness and strong presence in the travel market.

Manny V. Ilagan is a Tourism Specialist with over 23 years professional experience in the tourism and travel industry. He provides travel consultancy services to some of the biggest wholesalers and tour operators in the country as well as to some airline companies. He is the former Tourism Director-OIC of the Philippine Department of Tourism-Los Angeles, where he worked for over two decades. He has written numerous articles about travel and tourism published in various Filipino American newspapers in Los Angeles, San Diego, San Francisco, Las Vegas and New York. For comments or questions, you may reach him at [email protected]