Leni Robredo, our new vice president, and Chito Gascon, the besieged chairman of the Commission on Human Rights both belong to the Martial Law Generation.

In fact, they represent the best of that generation, our generation, the Martial Law Babies.

We were children when Ferdinand Marcos seized power to begin a 14-year reign of terror.

We were told to worship the Marcoses, to believe in his twisted idea of a “New Society,” and ordered to sing stupid Fascist songs praising his regime. Imelda wanted us to think of her as our mother.

By the late ‘70s and early ‘80s, a decade after the nightmare began, most of us knew it was all a lie. We knew we were living under a brutal, shamelessly corrupt regime. And we began to fight back.

Others were already waging the struggle, of course. But one thing immediately became clear to many of us: The fight was not just about Marcos.

We were also fighting against inequality and injustice in a society where an elite few enjoyed so much wealth and power.

The fight certainly wasn’t about the Aquinos or any other political family or leader whose call to action then was: “Follow me. I will lead the way. I am your savior. I will lead the fight against Marcos.”

Martial Law Babies rejected that idea, that image of the leader as the all-knowing savior. 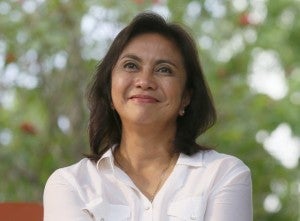 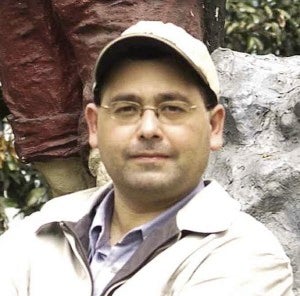 Instead, we embraced a different kind of politics, one that says: “We will wage this fight together, and will include even those without wealth or power.”

In fact, for many Martial Law Babies, politics and political involvement should be about those without wealth or power.

Leni Robredo and Chito Gascon’s reaction to the Kidapawan massacre underscored this.

The leaders of her party, including her running mate Mar Roxas and President Aquino, strongly suggested that the farmers protest was nothing but a political ploy.

Robredo took another track: she focused on the farmers: “Let’s look first at the plight of the farmers and their families because everyone knows that they have been hit hard by the drought.”

Columnist Men Sta Ana compared her to the late Senator Jose Diokno, a staunch ally of Corazon Aquino, who was in fact head of the Presidential Committee on Human Rights when the Mendiola Massacre happened.

Disgusted with the violent assault that left 13 peasant protesters dead, Diokno, who inspired many Martial Law Babies, resigned from the Aquino administration.

“Honorable politicians are not afraid to criticize their friend or ally,” Sta. Ana writes in BusinessWorld.

Chito Gascon also wasn’t afraid to go against the official Malacanang line on the Kidapawan massacre, which strongly suggested that the starving farmers, not the police who opened fire on them, were at fault.

Police, he stressed, “should have been conscious of all persons’ rights to their safety and security, as well as the ability of the law enforcers to self-defense.”

Those are the political instincts of the best of the Martial Law Babies.

Alliances are important, and sometimes compromise is necessary to preserve unity and move forward. But you must never let blind loyalty to any party or coalition or a leader prevent you from speaking the truth. You can and must speak out if you know that your organization, or its leader, is in the wrong.

And you must never be trapped in lofty slogans whether it’s about proclaiming a faith in “the correct line,” or declaring that you are following the straight path, “Daang Matuwid.”

Robredo is often compared to Cory Aquino. With all due respect to the late president, Robredo is taking on the post of vice president with a more impressive, solid career. She’s long been fighting in the trenches as a development advocate and human rights lawyer before assuming an important position.

She definitely has sharper, smarter political instincts — the instincts of a Martial Law Baby.

We were both at the 1985 founding congress of the Bagong Alyansang Makabayan, which was supposed to be a broad democratic alliance of anti-Marcos forces. But the heavy-handed undemocratic approach of the militant left forced the social democrats to walk out at the convention on the Ateneo campus.

I was among those who tried to convince Chito to return. But as we met in another part of the campus where he his group had retreated, he said they simply could not be part of what was being created. He spoke firmly but with calmness and respect for a fellow activist.

Months later, I was disappointed when Tugon won an upset victory over Samasa, the national democratic student party, at the 1985 UP Student Council elections.

But that turned out to be a fortunate turn of events. Chito became UP Student Council chairman and later did the Martial Law generation proud by becoming the youth representative to the 1987 Constitutional Commission.

Thirty years later, the rivalry between Samasa and Tugon, took a historic turn when the renowned UP Diliman political parties came together to oppose the candidacy of Bongbong Marcos.

“We did not see eye to eye on many issues and approaches. But despite our differences, what binds us is our stand against any form of dictatorship,” lawyer Susan Villanueva, chairperson of the UP SAMASA Alumni Association, said.

In fact, the spirited campaign launched by the Martial Law Babies to remind Filipinos, especially the youth, of the horrors of the Marcos years, helped turn the tide in Leni Robredo’s favor.

Chito Gascon is now under siege. So is the Commission on Human Rights, the venerable institution started by the hero of the Martial Law generation, Pepe Diokno.

He’s been called an “idiot” and told to “shut up” by President-elect Duterte after the CHR put out a resolution that Duterte violated the Magna Carta for Women for his infamous rape joke.

But Chito Gascon hasn’t blinked. In fact, he has spoken out against other Duterte proposals, including the plan to restore the death penalty, the plan to reintroduce hanging and even the practice of making suspects endure a “walk of shame.”

It’s his duty, and he’s merely doing his job, he’s stressed in his public comments. But clearly, Chito Gascon is also responding to these issues based on a strong sense of justice and commitment to human rights that Martial Law Babies learned from legends like Diokno and Lorenzo Tanada, and from years of struggling against dictatorship.

Chito could lose his position, but his message is clear: We must never back away from doing the right thing. The fight must continue.

And this is so clear as Duterte unleashes yet another wave of outrageous, pronouncements, including a declaration that many slain journalists deserved to be assassinated.

A Facebook exchange, celebrating Robredo’s victory, spoke to that spirit of defiance and struggle among Martial Law Babies.

It began with my friend Sibyl Jade Pena, a respected and veteran physician-activist with Doctors Without Borders, who has risked her life working in distressed areas around the world. She said in a Facebook post: “One thing Martial Law taught our generation: Nothing is impossible. Nothing.”

That prompted a response from another friend and activist Maria Lourdes Polotan who said: “Totoo. Tayo ‘yong generation ng problem solver. [We are a generation of problem solvers.] We always found ways of getting things done.”

Another Martial Law activist, Susan Tagle, who was part of the team that set up the highly successful Experiential Museum, which offered visitors a glimpse of the martial law era, summed it up perfectly: “Kung ‘yung diktador napabagsak ng henerasyon natin, kaya ulit nating gawin yon pag may umulit! [If our generation could bring down a dictator once, we can do it again if someone tries it again.]