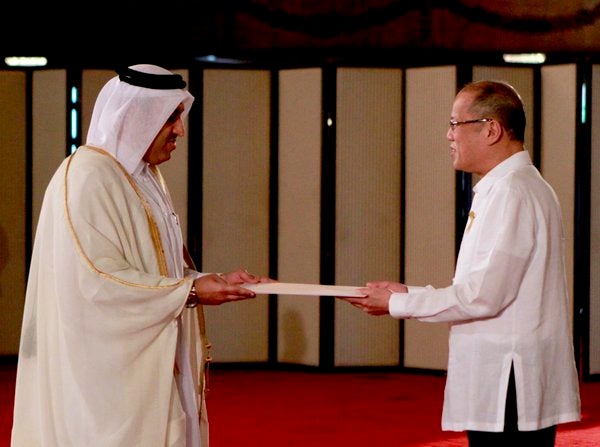 Aquino received the credentials of Ambassadors-Designate Rodrigo do Amaral Souza of the Federative Republic of Brazil; Ali Ibrahim AI Al-Malki of the State of Qatar; Hazim Ahmed Mahmud Al-Yousifi of the Republic of Iraq; and Capaya Rodriguez Gonzalez of the Bolivarian Republic of Venezuela.

Also at the Rizal Hall for the ceremony were Foreign Affairs Secretary Jose Rene Almendras and Chief of Presidential Protocol Celia Anna Feria.

The presentation of credentials is a diplomatic requirement for the President of the Philippines to officially recognize an ambassador.

In a short speech, Aquino said the Philippines is now facing a world “characterized by challenges that transcend our borders and have the potential to affect all our peoples.”

“These past few years alone, we have confronted the scourge of pandemics, transnational crime, terrorism, the refugee crisis, global economic uncertainty, and climate change, among many others,” he said.

The President said such challenges also present opportunities for nations “to exchange best practices and to cooperate more fully with one another.”

“Indeed, if we can deepen our relations in a truly meaningful manner, if we can tap into each other’s strengths and thereby mitigate or even erase our respective weaknesses, we can solve these problems sooner rather than later,” he said.

Aquino said that while he won’t be able to work with the ambassadors longer, they would “carry forward the relationship” with the incoming administration.

“Presidents may come and go but the friendship between our respective nations must always remain and flourished,” he said. “I’m hopeful that even after my time in office, our commitment to strengthening our relations will endure and that we can truly give rise to a world that is stable, just, and progressive, a world we can be proud to bequeath to future generations.” RAM 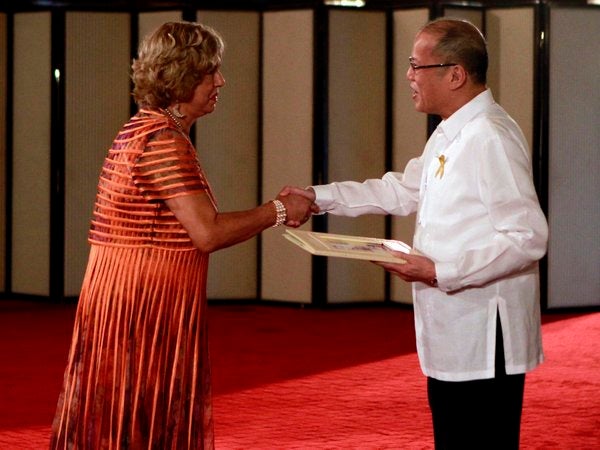 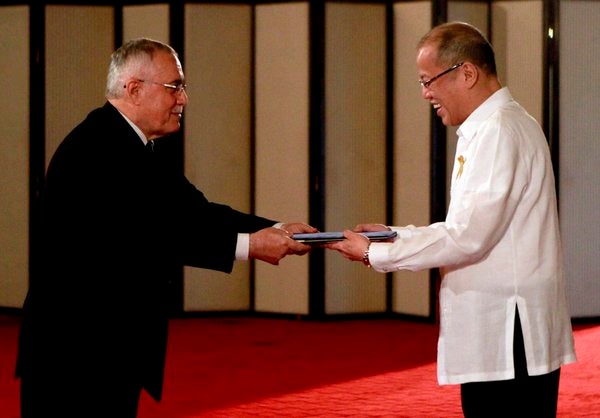 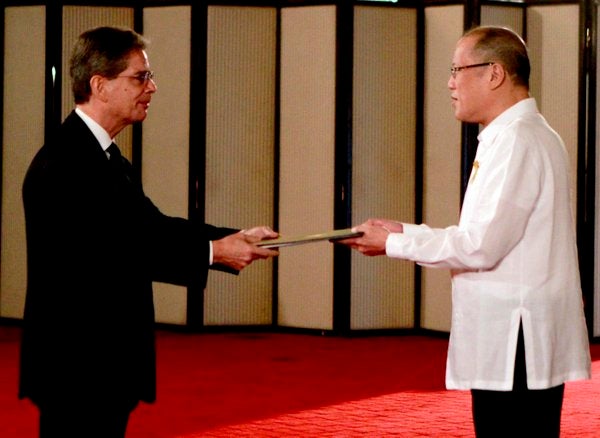