Fil-Am designer has flair for pageantry 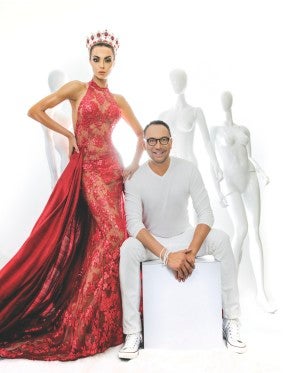 LAS VEGAS — Designer and pageant enthusiast Joey Galon recently finished participating in Fashion Week in Los Angeles, where he showcased creations from his new brand, Pool Couture, a line of elegant swimwear and wraps. His next target: Miami Swim Week.

Galon also is still heavily involved with pageantry, dresses that will grace the stages of both Miss America and Miss USA. Galon is also the Associate Producer for Binibining Pilipinas USA.

Galon says he is inspired by the clients meets. “Many have their own personalities, and based on my experience of them, I design inspired by their personalities, honor certain aspects about them and work technically with aspects that would best compliment them. To me, capturing that emotion of the perfect gown is my ultimate goal when I see the profound emotional outcome of my clients.” 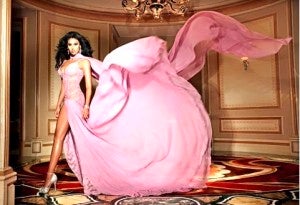 Galon is very in tune with his Filipino heritage and credits his socially active parents with influencing his life.

“I am following in my parents’ and godparents’ legacies to promote, uphold and stay immersed in my culture. I visit the Philippines frequently and it has been my ultimate goal to really learn my culture and one day, live and possibly retire in the Philippines,” Galon states.

He was born and raised in San Francisco where his interest in fashion and design developed. Galon was a youth reporter for Philippine News while in high school. His mother imparted her love of fashion to him. As Galon grew older he looked forward to their shopping trips to Saks, I. Magnin and Neiman Marcus. He watched her in these stores with wide eyes, while his sisters could care less about these shopping adventures.

Beauty pageants also filled his childhood and adult life. “I come from a long line of pageantry. My aunt was first runner up to Lee Meriwether when she won Miss San Francisco, eventually Miss California then eventually Miss America. Then my younger sister was first runner up in the early ‘80s at Binibining Pilipinas USA when at the time the pageant was the official American affiliate of Binibining Pilipinas in the Philippines,” he said.

Watching his sisters and other pageant contestants compete, he started sketching gowns and costumes like the ones he would watch on stage. His aunt was the one who encouraged him to pursue his hobby and he became more serious with his designs when he was 18. He attended San Diego State University to study business and then graduated from San Francisco State with a B.A. degree in Fashion. 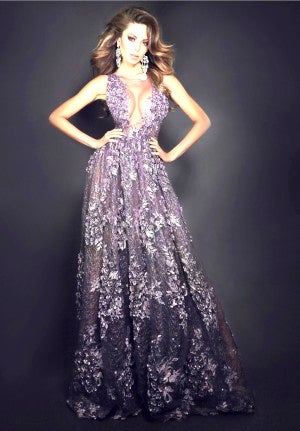 Galon loves being outdoors, particularly hiking, which was partly why he decided to relocate from the San Francisco Bay Area to Las Vegas. He spends his spare time caring for his parents, explaining that he owes much of his lifelong journey to them and finds it an honor to take care of them as they once took care of him.

“I believe Filipinos are loving, kindhearted people both abroad and here in America. While there are always differences, competition and even cases of chismis, but Filipinos have a loving, welcoming, warmhearted culture of which I am so very proud.”