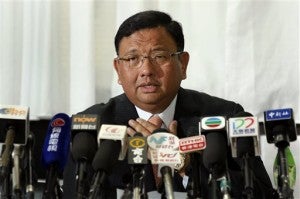 MANILA — Foreign Secretary Jose Almendras said on Wednesday the close coordination between the Armed Forces of the Philippines and Indonesia helped facilitate the release of the four remaining Indonesian hostages by the Abu Sayyaf.

“We thank the Indonesian government, particularly Foreign Minister Retno Marsudi, for the very close coordination since this morning,” said Secretary Almendras in a statement on Wednesday.

He lauded the cooperation between the Armed Forces of the Philippines and Indonesia as key in meeting the objective of getting back the Indonesians alive and safe.

The foreign affairs chief said the Philippines had a trilateral meeting with the foreign ministers of Indonesia and Malaysia to strengthen efforts to combat criminal activities.

Hostages who remain in the hands of Abu Sayyaf include Canadian Robert Hall, Hall’s Filipino girlfriend, Marites Flor, and a Norwegian, Kjartan Sekkingstad as well as other Filipinos.  SFM/rga