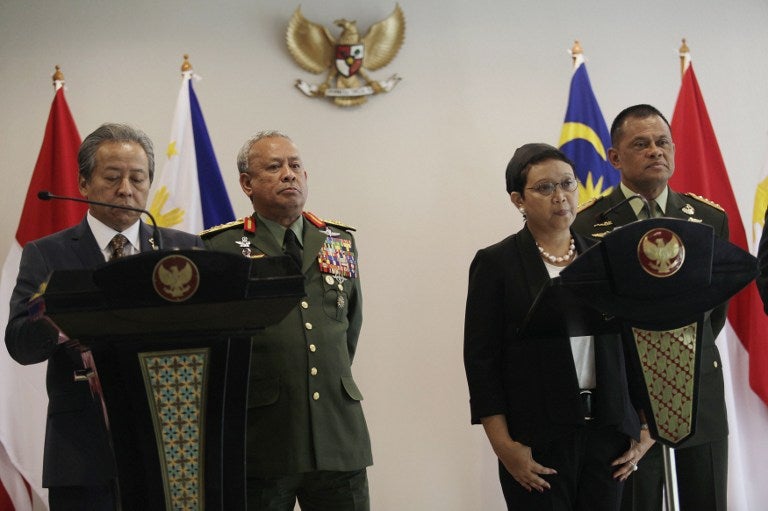 Indonesia, Malaysia and the Philippines are to launch a joint patrol in their waters after a recent surge of kidnappings by a radical Islamic group, according to an agreement struck Thursday.

The decision to patrol the Sulu and Celebes seas, which together form a key waterway between the three countries, comes just over a week after the southern Philippines-based Abu Sayyaf beheaded a Canadian captive.

Abu Sayyaf gangs have earned many millions of dollars from kidnapping foreigners and locals in the region since the early 1990s.

Ten Indonesian sailors were abducted off the southern Philippines by Abu Sayyaf in March, but returned home last week after being freed.

“We will undertake coordinated patrol in the maritime areas of our common concern,” Indonesian foreign minister Retno Marsudi said after a meeting initiated by Indonesia, and attended by foreign ministers and military commanders.

The Sulu and Celebes seas are used as for the passage of 55 million metric tons of goods and over 18 million people per year.

The three countries also agreed to set up a hotline to communicate faster during emergency situations, improve coordination when giving assistance to people and ships in distress as well as intensifying information and intelligence sharing.

“We recognized that threats from armed robberies against ships, kidnapping and other transnational crimes if not addressed appropriately can undermine the confidence in trade and commerce in our region,” Marsudi added.

Authorities say the Abu Sayyaf group is still holding at least 11 foreign hostages — four sailors from Indonesia and four others from Malaysia, a Canadian tourist, a Norwegian resort owner and a Dutch birdwatcher.

Abu Sayyaf is believed to have just a few hundred militants but has withstood repeated US-backed military offensives against it, using the mountainous jungle terrain of Jolo and nearby islands to its advantage.

Although its leaders have pledged allegiance to the Islamic State group, analysts say they are more focused on lucrative kidnappings-for-ransom than on setting up a caliphate.