OFWs in Taiwan have same concerns as voters at home 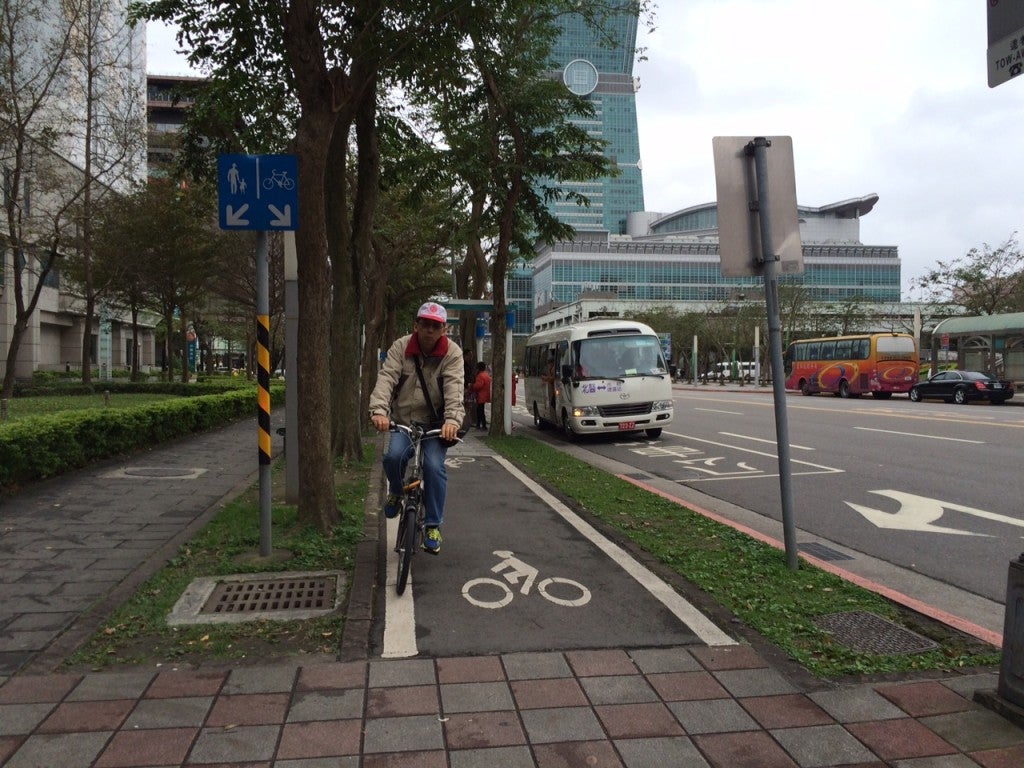 In Taipei, biking is encouraged as an alternative mode of transportation. They have designated lanes for bicycles, wide highways, effective traffic system. PHOTO by JODEE AGONCILLO/INQUIRER

TAIPEI—Far away from home, overseas Filipino workers (OFWs) in this nation gear up for the May 9 elections, scrutinizing the candidates via local newspapers or online sources such as The Filipino Channel, Facebook and YouTube.

Approximately 30,600 registered voters out of the 120,000 OFWs here are expected to troop to Manila Economic Cultural Offices (Meco) in Kaohsiung, Taichung and this city to participate in the overseas absentee voting since the polling stations opened their doors on April 9.

According to the Commission on Elections, the overseas registered voters here increased by 32 percent this year compared to the 20,941 who registered in 2013. Worldwide, there are 1.38 million eligible OFW voters.

Lilet Garzo, an OFW here for six years and a registered voter, hopes for a government that would solve the traffic situation and end corruption.

“I really hope for change in the Philippines, with disciplined citizens and leaders and an efficient and comprehensive universal healthcare system accorded to locals and foreigners alike, just like in Taiwan,” she said.

Garzo said she was not so much for the candidatesí personality as for their platforms.

“Why don’t we try the fiercest candidate this time? The crooked might get straightened up,” she said.

“Some Filipinos, she said, cannot observe simple rules, that’s why we need a leader who can enforce and inspire discipline even when nobody’s looking,” she said.

Allysa Apostol who worked at a factory here for six years, and is now working in Macau, lauded Taiwanís efficient national healthcare system.

“OFWs only have to pay a registration fee for physical and dental check-ups; massage benefits. The system is really good,” Apostol said.

“Even newborn babies are already under the healthcare system,” Minerva Chang, now a resident, said.

Chang said she gets updates about the local candidates through Facebook groups where OFWs discuss and post news about their candidates.

An OFW who did not give his name said he wanted improvement in the salary and standard of living and transportation system, dreaming of Taiwan’s “bullet train” and subway running in the Philippines.

Taiwan, a First World country, highly encourages biking and hiking by renting out bicycles to citizens.

Taiwan also has a 24/7 hotline that OFWs can call for help, he added.

With a population of 23 million, Taiwan is home to around half a million immigrants, including Filipinos involved in electronics, manufacturing, hotels, restaurants, health care, management and agriculture industries.

Edwin Pedernal, a seaman and second engineer on a ship in the United States since 1989, hopes the next president would strengthen the welfare provisions for OFWs.

“Filipinos generally are still being looked down upon by foreigners,” he said. “But what we do is show them we excel at work and we are not pushovers.”

The OFWs in Taiwan representing the Ugnayan Migrant Ministry said it is their wish that the Philippines and Taiwan governments would continue to implement the direct hiring services and eliminate the broker system.