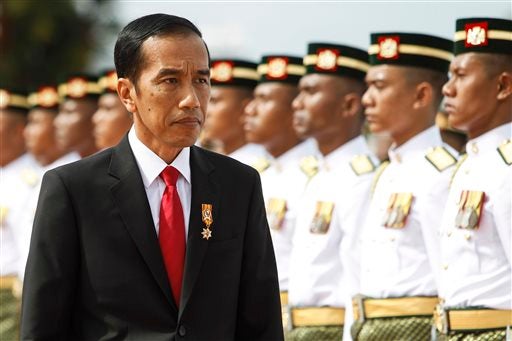 JAKARTA—Following the recent beheading of a Canadian hostage by the Abu Sayyaf militant group in the Philippines, Indonesia’s President Joko “Jokowi” Widodo said on Tuesday that it was not easy to deal with cases of hostage.

Widodo, however, said the Indonesian government would continue to coordinate closely with all parties involved.

“It is difficult. Every day we communicate with the government of the Philippines and other networks,” Widodo told a group of Asean journalists on Tuesday.

“We will have a meeting with the Philippine, Malaysian and Indonesian foreign ministers. We want to talk about security in the region,” Widodo said, adding that he was also expecting military chiefs from the three countries to convene for talks on joint patrols to prevent a similar hostage situation from occurring in the future.

Earlier that day, Jokowi made a similar call, acknowledging that although the Indonesian military (TNI) was ready to assist, it could not enter the area without first obtaining consent from the Philippine government and parliament.

Widodo expressed his concerns about the security threat in the region, but said Indonesia was handling it in its own way, given the circumstances of each country.

“We have [a different] approach in Indonesia; we have the hard approach like law enforcement and legislation and a soft approach like a cultural and religious approach. We are different because we are the largest Muslim [majority] country in the world,” he said.

He said that military leaders from Malaysia and the Philippines would also meet Indonesian Military commander Gen. Gatot Nurmantyo on May 3 for talks on joint patrols along the three countries’ borders.

Ridsdel, a former mining executive, was captured by rebel militants from aboard a yacht seven months ago while on vacation, along with three other people — a Canadian man, a Norwegian and a Filipino woman.

The Philippine army said a severed head was found on a remote island on Monday, five hours after the expiry of a ransom deadline set by militants who had threatened to execute one of their four captives.

A Philippine army spokesman was quoted by Reuters as saying the al Qaeda-linked Abu Sayyaf militants had threatened to behead one of four captives on Monday if the 300 million peso ransom for each of them was not paid by 3 p.m. local time.

The initial demand was 1 billion pesos each for the detainees, who were taken hostage at an upscale resort on Samal Island on Sept. 21.

Canadian Prime Minister Justin Trudeau was quoted by the AFP as saying that “this was an act of cold-blooded murder and responsibility rests with the terrorist group who took him hostage”.

The Abu Sayyaf group has also taken a number of other foreign hostages, including one from the Netherlands, one from Japan, four Malaysians and 14 Indonesians.

Widodo, however, insisted that Indonesia would not comply with any ransom demands. “We never compromise on such matters. So, there will be no ransom payment,” he said.