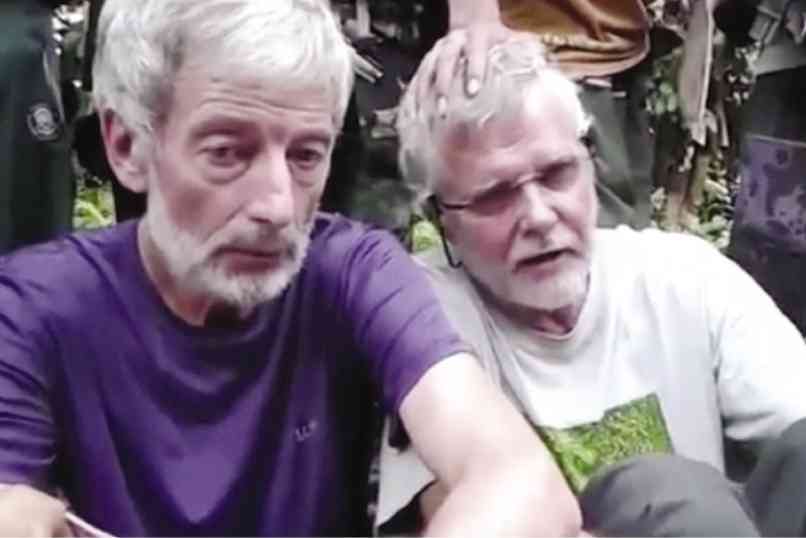 ZAMBOANGA CITY—On the day Canadian John Ridsdel, 68, was beheaded, a P20-million ransom had been raised for delivery to his Abu Sayyaf captors.

The deal collapsed after the kidnappers refused to lower their demand.

On Monday afternoon, Ridsel’s severed head in a yellow sack was found near the police station inside the municipal hall premises in Jolo, Sulu province.

An Inquirer source said the ransom was raised by friends, families and relatives here and abroad.

“And I am here to look for someone who can help us deliver. It’s already the ultimatum day yet nothing has happened,” a source told the Inquirer.

The Abu Sayyaf was demanding P300 million for each of the four kidnap victims.

The source said only P20 million was raised, and this was offered to the Abu Sayyaf. They turned it down, they wanted P300 million.

On Monday afternoon, retired Brig. Gen. Emmanuel Cayton, a friend of Ridsdel, waited for developments on the negotiations and later decided to take a boat to Jolo. He heard the news of the beheading en route to Sulu’s capital.

“I saw the pictures, his eyes were wide open, it’s an indication that he was executed while  conscious, alive, and I cannot imagine the horror and pain for the family,” said Cayton, chief security consultant for TVI Mining, Ridsdel’s former employer.

Canadian Prime Minister Justin Trudeau said he was “outraged” when told of the incident.

“This was an act of cold-blooded murder and responsibility rests with the terrorist group who took him hostage,” Trudeau said in Ottawa. He said Canada was working with the Philippines to pursue and prosecute the killers, and that efforts were under way to obtain the release of the other hostages.

On orders of President Aquino, the Philippine National Police and the Armed Forces of the Philippines said in a statement that intensive operations had been mounted “to neutralize these lawless elements.”

Mr. Aquino canceled a campaign sortie for administration candidates and met with his security officials. He was to speak by telephone to Trudeau later in the day, according to Palace sources.

“The full force of the law will be used to bring these criminals to justice,” PNP Director General Ricardo Marquez told reporters in Manila.

Philippine security forces have made similar statements many times against the Abu Sayyaf and often failed to achieve their objectives.

The four were abducted at a marina near Davao City as part of a wave of abductions by the Abu Sayyaf, a loose network of bandits who for more than two decades have run a lucrative kidnapping-for-ransom business.

Six weeks after the abduction, gunmen released a video of their hostages held in a jungle setting, demanding P1 billion ransom for the safe release of the three foreigners.

The men were forced to beg for their lives on camera, and similar videos posted over several months showed the hostages looking increasingly frail.

In the most recent video, Ridsdel said his captors would kill him on April 25 if a ransom of P300 million was not paid.

Hours after the deadline passed, the police said two people on a motorbike dropped Ridsdel’s head near City Hall on Jolo.

Ridsdel, a former journalist, oil executive and sailing enthusiast, had moved to the Philippines to manage a gold mine before retiring.

Authorities say the group is currently holding more than 20 foreigners after a recent wave of abductions.

These include 18 Indonesian and Malaysian sailors who were abducted from tugboats near Mindanao over the past month.

The group decapitated a hostage from Malaysia last November on the same day that country’s prime minister arrived in Manila for an international summit.

Trudeau declined to respond when asked whether the Canadian government had tried to negotiate with the captors or pay a ransom, or whether it was trying to secure the release of the other Canadian being held, Robert Hall. With reports from Edwin O. Fernandez and Karlos Manlupig, Inquirer Mindanao; Jaymee T. Gamil and Nikko Dizon in Manila; the wires