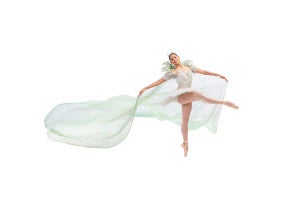 CHICAGO—This year’s Asian Pacific American Heritage Month takes on added significance with the announcement that two Filipinas will dance their way to the coveted role of “Cinderella” in The Joffrey Ballet’s production at the Auditorium Theatre of Roosevelt University, May 11-22.

Joffrey Ballet Company members Christine Rocas and Jeraldine Mendoza will alternately perform the lead role in Sir Frederick Ashton’s full-length ballet version of the classic fairy tale with a score by Sergei Prokofiev performed live by the Chicago Philharmonic. Although ballet remains a high-brow cultural fare for a minority back home, Rocas and Mendoza were able to follow their passion and emerge as top ballet dancers in the world.

Based in Chicago, The Joffrey Ballet is one of the top ballet companies in the world and celebrates its 60th anniversary this season. Rocas, a Company member since 2005, will reprise her role of Cinderella, which she last performed with the Joffrey in 2010. Among the roles she has performed since joining the company are Juliet (Romeo and Juliet), Giselle (Giselle), and Sugar Plum Fairy (The Nutcracker).

A former rhythmic gymnast for the Philippine national team, Rocas decided to pursue ballet seriously when she received a scholarship to dance at Ballet Manila in the Philippines. Her mom is a native of Cagayan and her father is a native of Batangas. They now reside in Las Pinas. 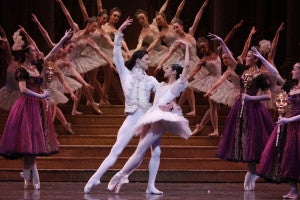 “I made my way up the career ladder,” said Rocas, who competed in numerous international ballet competitions and was the recipient of several awards including a silver medal at the New York International Ballet Competition and the Arpino Award given by The Joffrey Ballet for a one-year contract.

Rocas has put in many hours of rehearsal to prepare for the iconic role of Cinderella. In addition to dancing the lead role, Rocas will perform Fairy Summer and Fairy Winter in the Joffrey’s spring production. Rocas has been in rehearsals for Cinderella five days a week, six hours a day.

Movies about ballet have abounded in the media in the past decade such as Center Stage (2000), Billy Elliot (2000) and The Black Swan (2010). For those who think that ballet is not mainstream anymore, Rocas disagrees: “There is a big surge in popularity [of ballet] in pop media culture,” added Rocas. “Classical arts remain relevant and will continue to be relevant for future generations. Art will continue to touch people’s lives.”

Jeraldine Mendoza, a first generation Filipina American, will also perform the role of Cinderella and Fairy Winter in The Joffrey Ballet’s production this spring. A Company member with the Joffrey since 2011, Mendoza grew up with her two siblings and parents in San Francisco. Her parents are both natives of Batangas and immigrated to America in their 20’s.

“Chicago is such a great city but San Francisco will always have my heart,” added Mendoza. Growing up her parents always supported her. She received a full merit scholarship right after high school graduation to the School of American Ballet’s Summer Session at the age of 17. However, she admits that her parents intended that she go to college after high school. “They didn’t understand the seriousness of ballet,” she added.

Mendoza trained at the City Ballet School of San Francisco starting at age of five before accepting an invitation to train at the famed Bolshoi Ballet Academy in Moscow (now known as Moscow State Academy of Choreography). She noted that Russian students would train separately from the foreigners. Ultimately, Jeraldine was asked to train in the Russian class. “Ballet in Russia is very serious,” she added.

Jeraldine was one of the first two female American students to graduate at the top of her class from the Academy. From 2012-2013 she was awarded a Leonore Annenberg Fellowship fund which she used to travel the world and watch other ballets performances.

Just like Rocas, Mendoza trained in the Vaganova method, a Russian technique. Since Cinderella was originally choreographed for The Royal Ballet in London by Sir Frederick Ashton, her role required she adapt to the Royal Academy of Dance (RAD) English Technique. “The technique is very detailed,” she explained. Learning to incorporate different styles of ballet into her technique is something she has to do. “It’s my job to be a chameleon,” she added.

However, Cinderella was challenging to learn. “It’s hard to tackle the music of Cinderella. It’s a challenge for me but that’s what I love about it,” added Mendoza. “My favorite part of Cinderella is the Kitchen scene because there’s a lot of freedom in how you interpret the role.”

So what do ballerinas like Rocas and Mendoza do when they are not rehearsing or performing ballet? “I do a lot of physical activity for my job,” Rocas explains. On her off days, she takes advantage of her free time to rest. She reads, crochets and cooks.

“I love to cook Filipino food,” added Rocas. “I cook adobo, –I have vinegar and soy sauce in my pantry.” Rocas says she likes to prepare food that is easy to make. She also likes caldereta and chicken tinola. When Mendoza is not dancing, she likes fashion, reading and taking care of her Boston terrier.