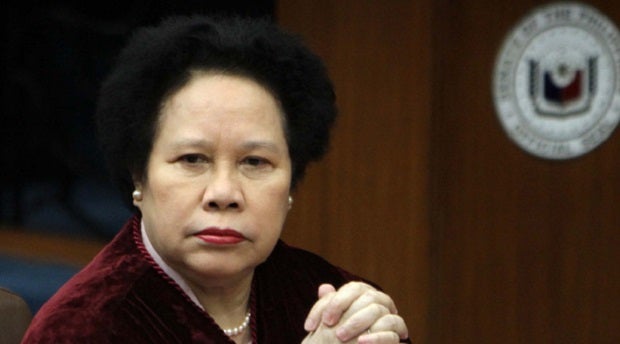 Sen. Miriam Defensor Santiago on Tuesday condemned the beheading of a Canadian national  by the Abu Sayyaf Group (ASG) in Jolo, saying that the Philippines has an obligation under international treaty to bring the captors to justice for war crimes.

Santiago, who was once elected judge of the International Criminal Court, said the country, as state party to the Rome Statute, has affirmed that “the most serious crimes of concern to the international community as a whole must not go unpunished and that their effective prosecution must be ensured.”

“I denounce the killing of John Ridsdel, one of the four hostages taken by the Abu Sayyaf Group in September 2015. This reprehensible act is considered a ‘war crime’ under international criminal law, and we are obliged to exert the full force of the law to bring the perpetrators to justice,” Santiago said in a statement.

The senator said punitive laws against war crimes apply in cases of non-international armed conflict, noting that the conflict between the government and the ASG was classified as one because it is between the Philippines and a non-state actor, particularly a terrorist group.

Citing Rome Statute Article 8, Santiago said war crimes apply to “armed conflicts that take place in the territory of a state when there is protracted armed conflict by the governmental authorities and organized armed groups.”

In the case of non-international armed conflict, war crimes are defined as “acts committed against persons taking no active part in the hostilities, including members of armed forces who have laid down their arms and those placed hors de combat by sickness, wounds, detention or any other cause.”

Santiago said the country’s failure to punish terrorist groups like the ASG would contribute to the culture of impunity.

“By allowing these terrorist acts to go unpunished, we embolden unlawful elements to commit more of these crimes,” she said.

In a statement, Malacañang said President Benigno Aquino III “has directed the security forces to apply the full force of the law to bring these criminals to justice.” JE