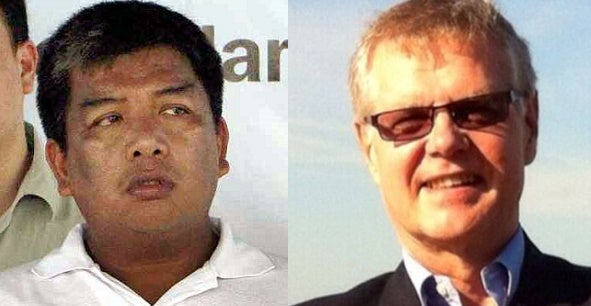 Governor Mujiv Hataman (left), of the Autonomous Region in Muslim Mindanao, condemned as an ‘act against humanity’ the beheading by Abu Sayyaf bandits of Canadian John Ridsdel. INQUIRER FILES

“This is an act against humanity,” Hataman said in a statement released here.

Hataman said the beheading was tragic and as peace-loving Muslims of Mindanao, as Filipinos tired of senseless deaths and violence, “we stand against this.”

He also condoled with the family of Ridsdel. “Our thoughts are with you in this dark moment of sorrow and grief,” he said.

“Like you, we also hope that the reign of terror on the island provinces of Mindanao will face its end the soonest as we pray that justice is done,” Hataman added.

The bandits uploaded a video of the victims, warning the government they will be beheaded if the P300-million ransom demand for each hostage remained ignored by April 25.