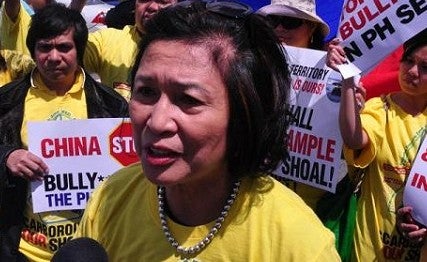 The Supreme Court has lifted the Commission on Elections (Comelec) ban on campaigning overseas except Philippine embassies and consulates where actual voting takes place.

“The Court en banc partially granted the application for a temporary restraining effective immediately and continuing until further orders from the Court enjoining the Comelec, its deputies and other related instrumentalities from implementing [provisions under Republic Act 9189 or the Overseas Absentee Voting Act which prohibits campaigning abroad during the 30-day overseas voting period] except within Philippine embassies, consulates and other posts where overseas voters may exercise their right to vote…where partisan political activities shall still be prohibited until further orders from the court,” the high court said.

In the same resolution, the high court also ordered Comelec to comment on the petition filed by Filipino-American businesswoman Loida Nicolas-Lewis.

She said the prohibition under RA9189 and Section 74 (2) (8) of Comelec Resolution No. 10035 violates the right to assembly and freedom of expression.

“It is also settled in jurisprudence that any prior restriction of protected speech is presumed unconstitutional, and the governing body restraining such speech is burdened with proving that such measure is justifiable and valid,” read the petition filed through lawyer Ray Paolo Santiago of Ateneo Human Rights Center.

“The questioned provisions prejudice not only Petitioner’s right to freedom of expression, but also of others’ in future similar cases involving the information and education of the electorate,” the petition stated.

Lewis also pointed out that the prohibition should be nullified since there is no criminal jurisdiction of Philippine laws over Filipinos living abroad.

In reaction to the TRO, Lewis said “thanks be to God and to the Justices of the Supreme Court! Filipinos abroad can now campaign without fear. Bravo to Ateneo Human Rights Center lead by Atty. Ray Paolo Santiago! They burned the midnight oil to finish the legal papers over the weekend. A big win for Filipinos Overseas!” Lewis heads both the US Pinoys for Good Governance (USPGG) and the Global Filipino Diaspora Council (GDDP).

Lewis has been personally campaigning for good governance and the Mar Roxas-Leni Robredo tandem and had presented in over 25 cities in the US, Europe and Asia. CDG