U.S. minorities among most vulnerable to scams, say feds 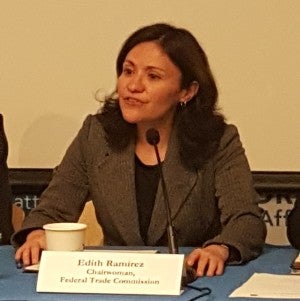 SAN FRANCISCO — Ethnic or minority groups are among the most likely victims of scams that have been plaguing consumers for years now, the U.S. Federal Trade Commission (FTC) warned at a recent roundtable talks with leaders of various community groups.

Ramirez admitted that one of the FTC’s problems is going after some of these business enterprises targeting ethnic communities. “Something we seek to do on this mainly is pursue law enforcement action to put a stop to the scams and engaging with consumers to make sure that they are informed of their rights so hopefully they can avoid being the victims.”

Many members of minority groups were reported to have also been victims of identity theft, where someone used their personal information to open accounts, file taxes, or make purchases.

“We just recently upgraded our website www.identitytheft.gov, a one-stop website where victims of identity theft can go to develop a personalize plan of action with specific steps they need to undertake to cover their identities. Unfortunately, fraud covers a wide array of situations and opportunities so we try to provide as much information to consumers as possible and  give tips to avoid becoming victims,” explained Ramirez. 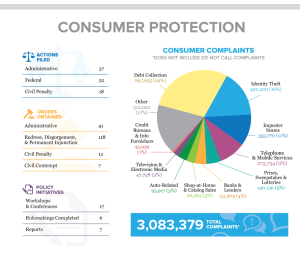 Impostor scams are when people pretend to be somebody else, like an Internal Revenue Service (IRS) agent who claims the potential victim owes taxes in an attempt to extract money.

“Another form that this can take is that the elderly community members will get a message or a phone call from someone claiming to be a granddaughter or grandson saying they have been traveling, are in trouble, need money to be wired immediately and so on. Unfortunately we see far too many people falling for these scams,” stated Ramirez.

“I advice people that if there is someone trying to get money from you and they are trying to pressure and rush you to make a decision, it is important to just pause, think, talk to someone that is close to you, because would realize that you are a or about to be a victim of a scam,” Ramirez explained.

There are also affinity scams where members of a minority community prey on members of the same community by capitalizing on a relationship built on trust. Scammers try to extract money for facilitating transactions such immigration filings, loan guarantees, fixing credit standing, or offering simple consumer products such as weight loss pills or medicines that can cure illnesses.

Minorities are often vulnerable to scams because of language barriers and lack of information, particularly on their rights as consumers and on the existence of agencies like the FTC that can help them with their problems.

Ramirez assured that the FTC is trying its best to improve its linguistic resources, aside from English and Spanish, in order to expand its information materials in Mandarin, Cantonese, Korean, Vietnamese and Filipino.