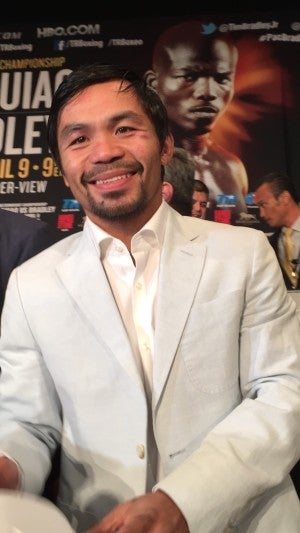 The champ is all smiles at Pac-Bradley post-fight press conference. ELTON LUGAY PHOTOS

LAS VEGAS—Congressman Manny Pacquiao laughed even as he affirmed his decision to retire, during the post-fight press conference here. The “Pacman” said he wanted to go home to be with his family and serve the Filipino people, but admitted he had no idea what retirement feels like because “physically, I can still fight.”

Following his huge win against Timothy Bradley for the welterweight championship April 9 at MGM Grand, many still cannot believe that the pound-for-pound fighter, considered among the best in his generation, is exiting the game.
His personal assistant David Sisson was one of them. “Honestly, if he (Pacquiao) retired after tonight’s fight, I’d be happy,” he told INQUIRER.net in a brief interview after the fight. 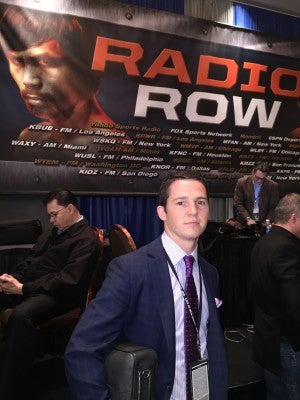 “I’d be happy to see the congressman take a break from boxing,”said David Sisson, personal assistant to Manny Pacquiao.

“At the same time, I’d love to see him continue to fight. I know his hunger will make him go back to the ring. Let’s just see—in a couple weeks or months, we could tell if he’s coming back. He has a big responsibility going on in the Philippines, running for senator. His heart is for the people above anybody else’s. You’ve got to respect him for that.”

“I know after 66 fights, he deserves a retirement, but I don’t want him to retire without fighting (Floyd) Mayweather (Jr.),” said Red Ramos, one of the thousands of Filipinos who flocked to MGM to watch the bout live. “I’ve been a fan of Manny for a long time and what he did inside the ring tonight has all the reasons why he should not retire from boxing.”

Unlike the fight with Mayweather, this one did not disappoint. “I can tell that he’s healthy now compared to the last fight with Mayweather. The first couple of rounds were slow and tentative but towards the middle, he was really moving and when he knocked down Bradley twice, every one of us cheered like crazy.”

For Georgio Alfeche Dano, a nurse from Staten Island, New York, the world of boxing will never be the same again without Pacquiao. “We witnessed one of the greatest fights in boxing history—two excellent fighters dueling and attacking each other equally and aggressively,” he said. “Luckily for Manny, his shots were more effective, causing more damage to knock down Bradley twice.”

But Pacquiao’s legacy is much more than his performance, Dano noted. “He made boxing fun and will be remembered as one of the greatest boxers of our generation! He has taught us a legacy that we can come from nothing. The Philippines is proud of Manny for bringing her name around the world,” he said.
Worth the trip

Robert Mendoza, 56, a concierge in Brooklyn, found his trip to Vegas well worth it. “I did not expect a lot from Manny, I only came to support him because I believe in him, but he was victorious in the end and that, to me, was really an impressive finish,” he told INQUIRER.net. 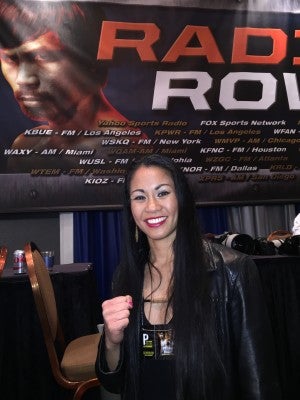 “Manny is such a strong fighter. He always seems to fight from his heart and that was shown here tonight,” echoed Christine Sienicki, who is a precision dancer with the Rockettes of Manhattan’s Radio City Music Hall.

“The fight was intense—imagine, two knockdowns. I’ve never seen him fight like this since he became a Christian. I’ve never seen him this mad. He was like a different Pacquiao up there. I never thought he’d win tonight as critics favored Bradley, plus the bad press that Manny is getting from the media,” he said.

Los Angeles-based “skincare specialist to the stars” Olivia Quido praises Manny for his boldness in professing his faith publicly. “Manny gave his all tonight, I think partly because he wants to end his career with a huge statement, not to mention his faith in God,” she told INQUIRER.net. “In all of his fights, he never mentioned about retiring. There are speculations on his retiring but he never mentioned it except for this one.”

Quido said she was impressed by Manny’s showmanship and was happy to see a lot of support from boxing aficionados, whether Filipinos or not, who applauded his moves inside the ring.

“We both look up to him (Pacquiao) as our hero, we’re Filipinos and we adore him,” he said. “We’ve seen him a couple of times before, but this is the first time we’re down here in the front row, thanks to Dad for paying for our tickets,” said Zabala.

Bradley and Pacquiao displayed sportsmanship, he added. “The fight wasn’t really annoying in comparison to his last fight with Mayweather. They both showed us what we came here for. They had sportsmanship and they weren’t mad at each other.”

Zabala concluded that Pacquiao’s greatest strength is the wellspring of support he has received from the Filipino people. This, as far as Vicente Gesmundo was concerned, was because the “Pacman” strives to give his fans a good show. 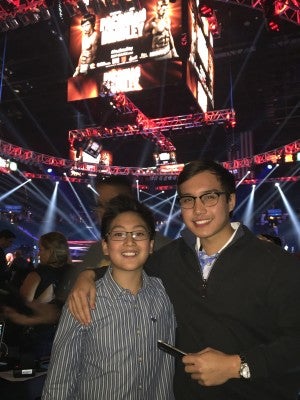 “Tonight was action-packed,” said Gesmundo, who took pictures for this outlet during the fight. “But more than anything, I admire him best when he talks about his humble beginnings.”

Recalling Pacquiao’s tales of poverty as a young man, Gesmundo admires the fighter’s patriotism. “It’s heartwarming to note that he promised to continue to use his hard-earned money to serve his countrymen,” he said.

Fil-Am boxer Anna Julaton praised the “Pacman” for his tactical moves during the retirement fight.

“I absolutely agree with tonight’s results, hands down,” she told INQUIRER.net. “It was a very tactical fight.

Julaton, known in the boxing arena as “The Hurricane,” described Pacquiao as a phenomenal boxer, highlighting his footwork and head movement.

“It’s difficult sometimes when you have conventional versus southpaw and Manny was able to utilize a lot, especially stick and moving maneuvers. He was able to take away a lot of movement from Bradley. It was really nice, especially with him scoring those two knockdowns, huge win!”

Julaton confessed that she was on the edge of her seat throughout the fight.

“I was a little bit nervous actually. I know for fighters, it’s always tough to fight. What makes Manny such a great fighter is because he’s willing to give his opponents an opportunity. So with Bradley, this was his third chance of trying to expose Manny, but that’s what kind of a warrior Manny is, he’s able to take it as it is, adjust and pull off a win. He’s a 100 percent winner.”