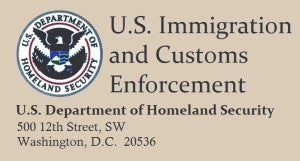 PORTSMOUTH, New Hampshire – Are illegal immigrants freeloaders? There are two diametrically opposing views on this question.

According to Filipino “TNTs” consulted for this article, they are in the U.S. simply to work hard and earn a living and have never taken advantage of America’s welfare system.

A study by the non-profit, non-partisan Institute on Taxation and Economic Policy (ITEP) revealed that some 8.1 million of the 11.4 million undocumented workers paid close to $12 billion in state and municipal taxes in 2012. It does not include taxes paid to the federal government, which are often higher.

The study suggests that undocumented immigrants pay for the benefits they receive from local governments and that tax revenues could significantly increase if they are given legal status.

However, the conservative Federation for American Immigration Reform (FAIR) has estimated that the cost of undocumented immigration is $113 billion, $84 billion of which is reportedly absorbed by state and local governments. That’s way more than the ITEP estimate of what undocumented immigrants pay in taxes.

FAIR’s study includes the cost of educating the children of undocumented immigrants, which the think tank has estimated to be around $52 billion.

Liberal groups like the Urban Institute (UI) have accused conservative think tanks of overly exaggerating their estimates. In its review of similar reports, the UI said that “methods overstate the percentage of the population receiving Medicaid and the share of immigrants on Medicaid, resulting in misleading conclusions about welfare use among immigrants.”

FAIR’s focus on tax contributions compared to benefits received has also been assailed as the wrong basis for immigration policy. Based on that method, a huge chunk of native-born Americans can also be categorized as freeloaders for receiving way more benefits than they contribute in taxes.

What the FAIR study does not include is the less quantifiable but arguably more important macro-economic contributions of illegal immigrants, such as filling jobs native-born Americans do not want, supplying key sectors of much-needed workers (especially in agriculture and construction) and the multiplier effects of their spending as consumers.

Ana, not her real name (all sources for this article have been assigned an alias to protect their identity), came to New England on a tourist visa. She initially took odd jobs to earn a living, getting paid under the table. Then she took a chance to apply for a genuine social security number and somehow received her card in the mail. She applied and got a regular job at a regional bank.

Ana scoffs at the idea of getting government handouts. She has never applied for welfare, including food stamps, but has become a productive, tax-paying worker.

Through her bank job, Ana has health insurance, so she’s not getting any government subsidy through the Affordable Care Act or Medicaid. She also contributes to a 401(k), a private retirement savings plan. While she pays without fail social security taxes through automatic employer withholding, she won’t be able to collect any government pension or disability benefits because of her status. Fortunately for her, her private employer’s pension plan kicks in when she retires in about year.

While Ana is lucky to have found gainful employment, her biggest frustration is her inability to leave the country, as she won’t be able to return without proper documentation. Several deaths in her immediate family were insufficient to force her to give up the opportunity to work in the U.S.

Like Ana, Dante entered the U.S. as a tourist. He landed in California and easily acquired a fake social security card through a friend and used it when applying for work, mainly entry-level jobs.

Dante tries to move from job to job to avoid being caught using a fake social security number. Some friends have warned him that the Social Security Administration routinely queries employers about employee names that don’t match numbers in the system.

None of Dante’s jobs provide health insurance, so he simply does not see a doctor. When sick, he stays home and takes over-the-counter medication. But there’s always work for him, and he has never found himself in a position where he considered applying for welfare, especially food stamps.

Dante hopes to ultimately legalize his status either through marriage or through immigration reform. For now, he sends regularly to his ailing mother in the Philippines and maximizes his savings in case he gets deported.

Like Dante, Julio managed to get a fake social security card as soon as he landed in Florida as a tourist. For years, he worked in a shop that sold aquarium fish and supplies.

To avoid being asked for his green card, Julio—rotund and brown—told people that he was born in Guam, that he was therefore a natural-born American citizen.

He was never questioned about his fake social security number, not by the Social Security Administration or his employer, whom he suspected knew about his status. In fact, he felt his employer used it as leverage to exploit him with low and virtually stagnant pay.

Julio eventually married his way to legalization. Like Ana and Dante, he never availed of welfare benefits while out of status. He also didn’t have health insurance at the time. When sick, he simply Googled his symptoms and self-medicated.

What makes public discourse about this issue less productive and quite divisive is the circulation of spurious data bandied about as facts mainly by political partisans on social media.

In one widely circulated infographic, the unidentified author claims that 43 percent of all food stamps go to undocumented immigrants. The figure is a mathematical impossibility.

According to the U.S. Department of Agriculture, there are 46.5 million Americans on food stamps. Even if all 11.4 million undocumented immigrants actually received food stamps, it would only represent 24 percent of the 46.5 million total recipients.