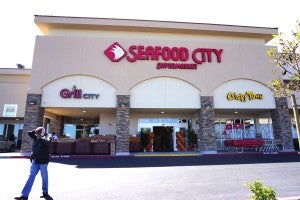 SOUTH SAN FRANCISCO, California — Seafood City, the first Filipino-owned supermarket with the biggest number of branches in the US, opened its newest and largest complex in the heart of “Filipino Town” on the border of South San Francisco and Daly City.

The chain’s 23rd store and its seventh in Northern California opened at 3537 Callan Boulevard, South San Francisco. On the same location will open the most number of iconic Philippine brands such as Mercury Pharmacy, Jollibee, Red Ribbon, Chowking and TFC among others. 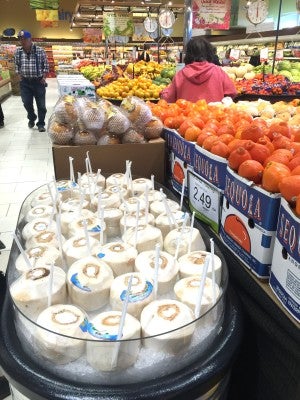 Fresh buko juice among the produce at Seafood City. 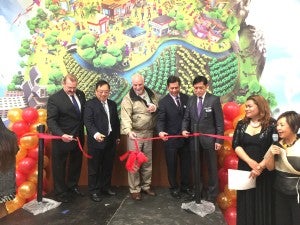 Consul General Bernsurto’s message which was read by Consul Bernabe said the opening of the new Seafood City store showcases empowerment through Filipino American entrepreneurship. “We are not just gainfully employed, Seafood City proves that Filipino-Americans also provide gainful employment to other members of the Community,” Bensurto’s message said.

ABS-CBN Global COO Raffy Lopez, a major supporter of Seafood City, said, “It makes good sense to partner with another Filipino establishment like Seafood City with its proven history of providing a dynamic hub where Filipinos can shop, dine, get together and feel at home.”