‘War is a futile exercise’ 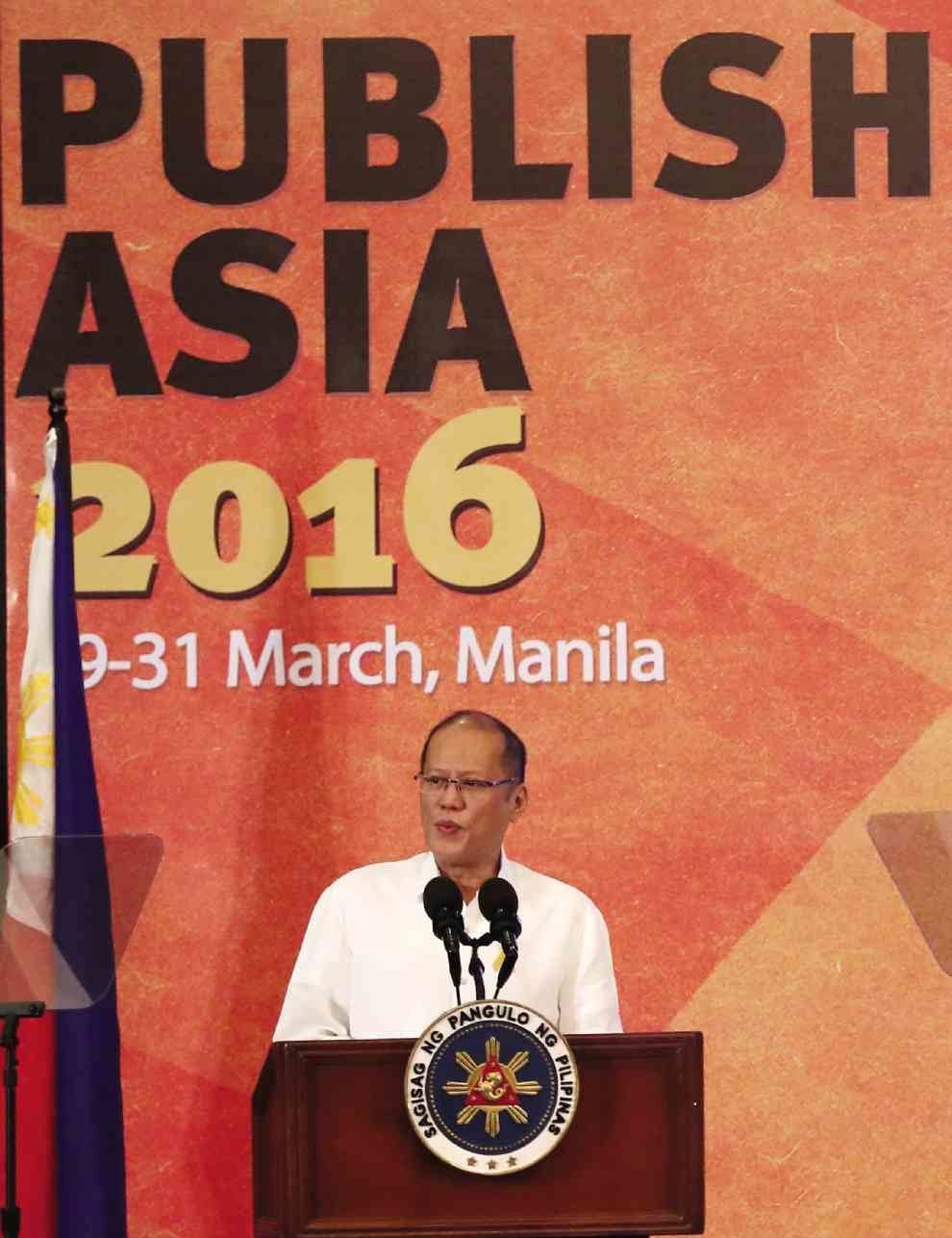 MEDIA’S SPECIAL ROLE In his speech at the opening ceremonies of WAN-Ifra Publish Asia on Wednesday, President Aquino takes note of media’s role in a comprehensive accounting of the May 9 elections. JOAN BONDOC

War is not an option in the tense South China Sea.

“All claimant countries in the South China Sea [and others adjacent to it but are not claimants] recognize that war is a futile exercise,” President Benigno Aquino III said on Wednesday.

“Nobody stands to gain and, in fact, the whole world stands to lose if it does amount to war.”

READ: Aquino: World stands to lose in war due to sea dispute

China claims almost all of the South China Sea, home to some of the world’s most important shipping routes, despite conflicting claims from the Philippines, Vietnam, Malaysia, Taiwan and Brunei.

The tension in the South China Sea, with China’s military buildup on the artificial islands in the disputed Spratlys, was the central question posed by Vietnamese journalists to Mr. Aquino at Publish Asia 2016, an annual gathering of the Asian newspaper and news publishing industry.

Nguyen Hoang Nhat of the Vietnam News Agency wanted to know what Mr. Aquino, in the final year of his presidency, would do to push the Association of Southeast Asian Nations (Asean) and China to “act responsibly to maintain peace and stability in the region.”

Vietnamese journalist Phan Thai Cong asked the President what Asean should do in response to China’s “rising muscle in the area” and what role Japan was playing “in the Philippine master plan” on the South China Sea dispute.

“We have no illusions of ever trying to match—trying to engage anybody in an arms race or in a military buildup,” Mr. Aquino said, adding that the government will prioritize “butter rather than guns.”

But he said the country “might have to undergo various aspects of our own military capabilities that have never been part of our needs.”

“For instance, we are a natural transit point into the Pacific and we are now studying whether or not we do need a submarine force,” the President said.

The country, which has never before operated submarines and until now relied on US surplus ships, has been ramping up its defense spending in response to China’s military expansion in the region.

“But the bottom line is: This situation does call upon us to devote a lot more resources than previously. Also, it has necessitated us to have this as one of the priority issues that have to be tackled as far as foreign policy is concerned because it does significantly impact our own developmental efforts,” he said.

Mr. Aquino emphasized that, for one, the row was adversely affecting Filipino fisherfolk, who have been barred by Chinese boats from fishing in the disputed reefs.

“Hence, there is that need to finally resolve this matter or, at least, accelerate the process of resolving this matter to the benefit of all parties concerned,” the President said.

He was satisfied that the Philippines’ firm stand on resolving the maritime row through a rules-based approach had gained ground, with more claimant countries “joining” the Philippine position.

“We are glad that our voice has been heard and the voice of others who are similarly situated has been noted and there has been positive movements toward resolving this particular crisis,” the President said.

Mr. Aquino said the South China Sea issue was one that “concerns every country even those who are very far from this particular body of water.”

He noted that South China Sea was an important part of international trade, which is “essential to fostering prosperity for all, which is the main reason for being of every government, which is to improve its people’s lot.”

“The uncertainty breeds instability, instability does not promote prosperity. Therefore, let us resolve with certainty the issues that are before us: Who is entitled to what? And what is each one’s obligations relative to this entitlements?” Mr. Aquino said.

He said this was the reason the Philippines filed an arbitration case against China in the United Nations Permanent Court of Arbitration at The Hague.

The tribunal is expected to hand down a decision in May, shortly before Mr. Aquino steps down from office. But China following a decision favorable to the Philippines is remote.

The President, however, expressed confidence that a resolution of the dispute would “improve all of our relations because there is certainty in how we are supposed to deal with each other.”

“And that it’s no longer a question of whether one possesses more economic might or more military might. But rather, what is it that is embodied in the laws that govern all of us that we should be religiously adhering to? So if that situation is wrought then we manage the crisis. We bring down the tensions and we avert any potential for any conflict,” he said.