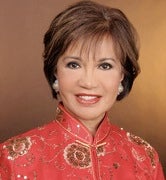 SAN FRANCISCO–A Filipina who claims to be a “deputy private attorney general” is in the crosshairs of Hawaii’s consumer protection agency for allegedly duping homeowners, mostly Filipinos, in a mortgate scam.

The state Office of Consumer Protection is pursuing Anabel Gasmen Cabebe, who filed for bankruptcy in November, according to a report by the Honolulu Star Advertiser.

The OCP last month filed a complaint against Cabebe in U.S. Bankruptcy Court, where Cabebe has invoked her Fifth Amendment right against self-incrimination and refused to answer questions.

She is suspected of helping convince local homeowners, mostly Filipinos who have some difficulty with English, to stop making mortgage payments to their lenders and instead make much lower payments to a fictitious company that claimed to replace the existing debts.

The FBI is also investigating Cabebe for criminal wrongdoing, which is why, according to Cabebe’s lawyer, she can’t answer questions in Bankruptcy Court.

Cabebe claims on her website that she is a “deputy private attorney general,” a licensed foster care home operator, a real estate agent, a notary public, a Filipino movie producer, a media consultant and owner of Mang Gorio’s Lechon Catering Services Inc.

A Bankruptcy Court judge in October ordered Malinay to pay $200,000 to OCP, provide 20 homeowners with $74,000 in restitution and to refrain from a variety of debt and credit enterprises, according to the Star-Advertiser report.

Franco in 2014 was ordered by a state judge to pay $1 million in fines and restitution for charging distressed homeowners upfront fees for auditing mortgage documents for help in a foreclosure defense, which Franco disputes.

Pasion, a real estate broker with Aloha Hawaii Realty, claims she was a victim who asked Williams to represent her.

Williams’ website says he is a “private attorney general” with Common Law Office of America. He was arrested in Florida a few months ago on charges of practicing law without a license.