US submarine docks at Subic for Indo-Asian-Pacific tour 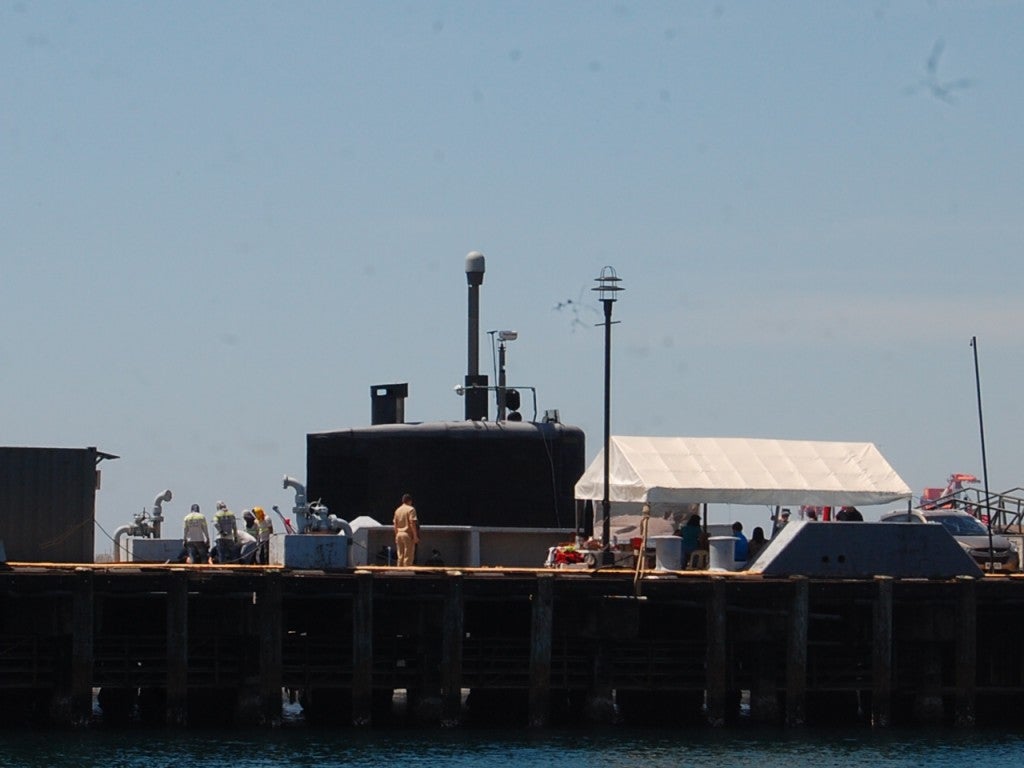 The USS Charlotte (SSN-766), a Los-Angeles-class submarine, docks at the Alava Pier inside the Subic Bay Freeport. It arrived at about 7 a.m. on Wednesday for a port visit as part of its Indo-Asia-Pacific deployment. The submarine is on a six-month deployment to the U.S. 7th Fleet area of operations. ALLAN MACATUNO

SUBIC BAY FREEPORT — A United States submarine arrived here on Wednesday morning for a port visit as part of its Indo-Asia-Pacific deployment.

The USS Charlotte (SSN-766), a Los-Angeles-class submarine, docked at the Alava Pier at about 7 a.m., according to the seaport department of the Subic Bay Metropolitan Authority (SBMA).

The submarine is on a six-month deployment to the U.S. 7th Fleet area of operations, according to the website of the Pacific Submarine Force (Subpac).

“Charlotte will conduct important missions to strengthen theater security with strong partners throughout the region,” according to an earlier Subpac news release.

The submarine, which measures 360 feet long and displaces more than 6,900 tons when submerged, has about 150 crew.

It is considered as one of the most advanced fast-attack submarines in the world.

SBMA officials did not say until when the submarine will stay in Subic Bay.