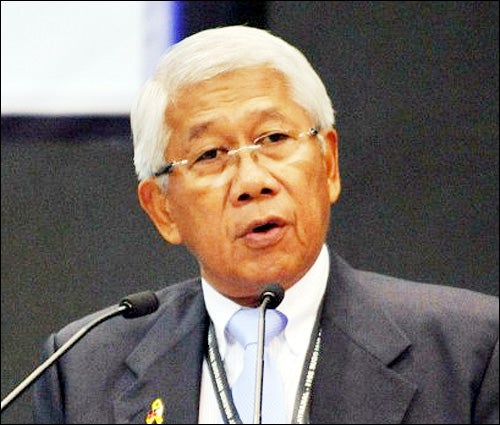 MANILA, Philippines — Japan has signed an agreement to supply defense equipment and technology to the Philippines, the first such Japanese defense pact in a region where the U.S. allies have been alarmed by China’s aggressive advances in disputed territories.

Defense Secretary Voltaire Gazmin said the agreement he signed with Japanese Ambassador Kazuhide Ishikawa in Manila on Monday underpins the Asian nations’ “mutual desire to enhance our respective defense capabilities” and “to contribute to regional peace and stability.”

Gazmin says the accord serves as a framework for the transfer of defense equipment and technology, with the details being settled in future talks. Japan is initially offering a surveillance aircraft, he said without elaborating.