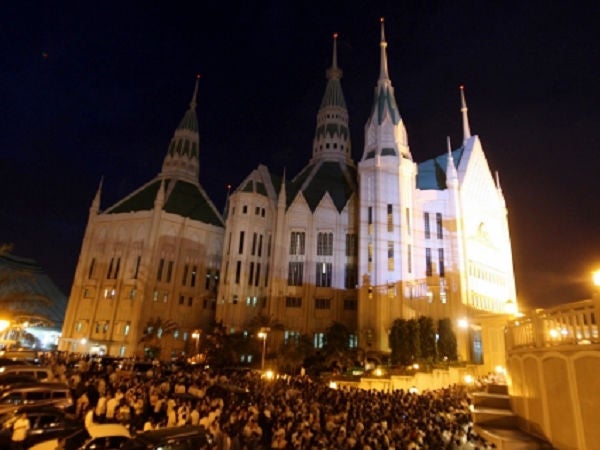 The National Union of Journalists of the Philippines (NUJP) on Wednesday expressed support for two US-based Filipino journalists should they file a case against suspected security men from the Iglesia ni Cristo who harassed them.

“We support any legal action our US colleagues may choose to take against this assault on their persons and profession,” the NUJP said in a statement.

The NUJP has denounced the harassment against ABS-CBN reporter Steve Angeles and Philippine Daily Inquirer correspondent Nimfa Rueda after they were tailed by alleged INC security men while they were covering the blessing of an INC church in Bakersfield, California, ast February 20.

The “men in black” were videotaping and taking shots of them. They also took photos of Angeles’ license plate.

Angeles was also singled out by the INC members for ABS-CBN’s supposed bias on their coverage on the issues surrounding the religious sect. The INC members blocked his attempts to shoot footage and even tried to grab his camera.

“While the NUJP recognizes and respects the right of INC members to air their grievances against media entities they feel – rightly or wrongly – are biased against them, their freedom to do so does not include harassment or worse, and especially not of individual journalists merely going about their work,” the NUJP said in a statement.

The journalist group asked the INC leadership to spare those who are not involved in their internal conflict.

“We once again call on the INC hierarchy to display true leadership and statesmanship and spare everyone not party to your conflicts from being victimized by partisans on either side of the divide,” it said.

Journalists covering issues on the INC were also asked to take caution and to report any activity which will hinder them to do activities related to their profession. TVJ