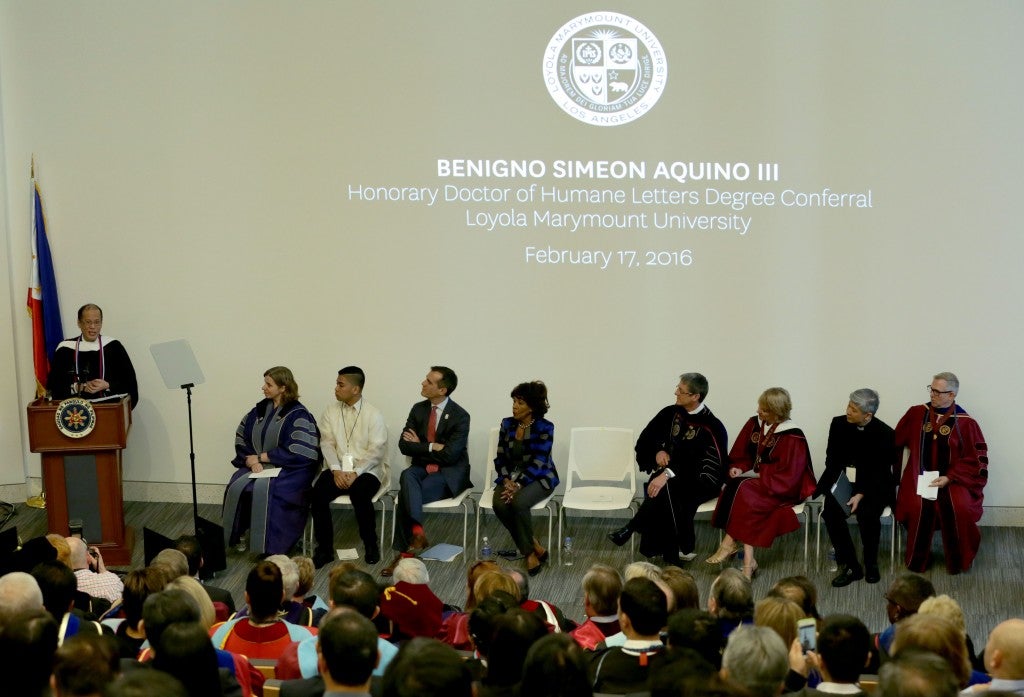 LOS ANGELES –President Benigno Aquino III received an honorary Doctor of Human Letters degree Wednesday (Thursday in Manila) from the Loyola Marymount University, which recognized him for his dedication to his country, integrity, and his embodiment of Jesuit education.

Aquino is a graduate of the Jesuit-run Ateneo de Manila University.

“President Aquino represents precisely what we as educators mean about helping our students become women and men for and with others,” said LMU President Timothy Law Snyder.

“His deep commitment to the Philippine people is a model from which each of us can learn,” said Snyder.

In his remarks, Aquino shared how his Jesuit education has molded him.

He said his generation was taught to be a man for others.

“The be all and end all of our existence here is how does it relate to the bettering of the conditions of the other, which flows from Christ and God’s admonition that the greatest commandment is to love one another ‘as you love Me,’” he said. CDG