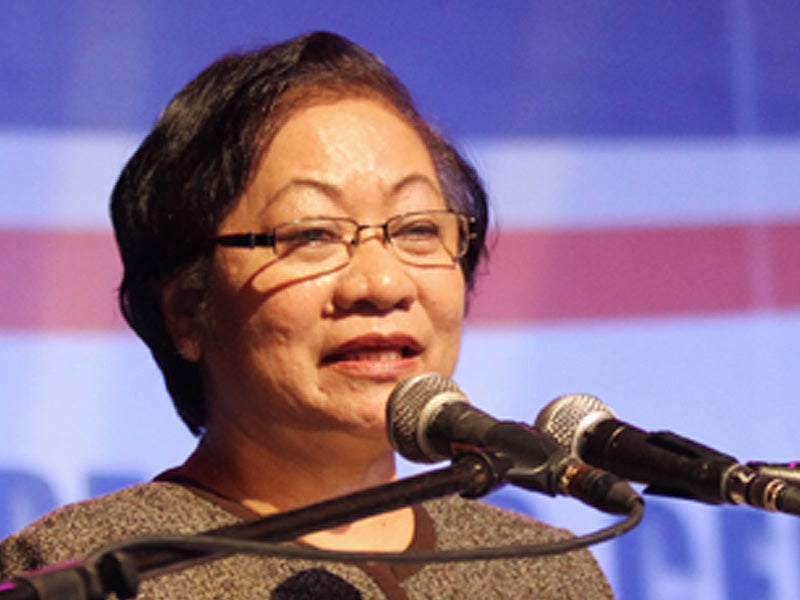 An estimated 1.5 million Filipinos classified as temporary workers in the Middle East are likely to be the first to be displaced if the region’s oil industry starts to shed personnel idled by overcapacity, according to Labor Secretary Rosalinda Baldoz.

The temporary workers account for about 75 percent of the 2 million overseas Filipino workers (OFWs) in the Middle East.

Seeking to head off a potential employment crisis, President Aquino has ordered labor officials to prepare measures to soften the impact of the precipitous slide in oil prices on OFWs in the Middle East.

Presidential Communications Secretary Herminio Coloma Jr. said on Friday that the President had been informed of the possible job losses that may occur if low oil prices forced companies in the oil industry to cut costs and trim staff.

“As a contingency measure, the President has ordered the DOLE to draw up plans and come up with programs to address the issue, even if there is no indication yet that this is happening,” Coloma said in a press briefing with the Department of Labor and Employment (DOLE) and its agencies on Friday.

“The President is being very proactive on this so we will be prepared,” he added.

Oil prices have sunk to below $30 a barrel, the lowest level in 12 years, before making a slight recovery amid a glut due to additional supply in the United States, refusal of the Oil Petroleum Exporting Countries to cut production and slowdown in China. The end of Western sanctions on Iran is expected to worsen the glut.

Since the middle of 2014, the price of a barrel of crude has fallen more than 70 percent.

Because of the prolonged price slump, Saudi Arabia, the world’s biggest oil exporter, suffered a budget deficit of about $100 billion in 2015, forcing it to cut subsidies and scale down public projects.

Other oil exporters in the Middle East are in similar straits.

Worldwide, some 250,000 oil industry jobs have been lost since prices started declining in 2014, according to The New York Times.

Despite these retrenchments across the globe, Philippine labor officials said the crisis scenario involving massive job losses in the Middle East was far from happening.

Baldoz pointed to the latest data from the DOLE’s field offices in the Middle East showing that job losses for the January reporting period had so far been either negligible or altogether nonexistent.

In the eastern Saudi region (where the bulk of its oil industry is based), labor officials reported a 1.1-percent decrease in job orders or employment contracts processed between December 2015 and January 2016.

“However, these cannot be directly attributed to the oil price decline, but possibly due to the ‘Saudization’ [policy] and fiscal constraints of companies,” Baldoz said. “Aramco (Saudi’s state-owned oil company) has no reported problem, but there are reports of its contractors having put projects on hold.”

In Riyadh, Baldoz said officials monitored no drop in job offers and demand. In fact, the DOLE’s record of job orders over the last three years have shown a continued increase, she added.

“The reported sponsorship releases and employment, transfer and termination notices of the Saudi Binladen Group and subcontractors are hardly traceable to the oil price drop,” Baldoz said.

“Saudi businessmen point to a possible moderate retrenchment or mere temporary slowdown in hiring in construction. Other industries are expected to remain stable,” she added.

In Abu Dhabi, the labor secretary said, officials monitored an 82-percent decline in job orders in January from 85 job openings in the first week to only 16 in the fourth week. Thirty-two job contracts were terminated, but these were due to reasons ranging from redundancy to absenteeism, and the affected workers received end-of-service benefits.

Labor officials in Dubai recorded an 18-percent decline in job orders, but these involved nonoil sector concerns like the hospitality and retail sales industries, as well as facilities management.

No reports of declining job orders were received in Kuwait.

Despite these developments, Baldoz said the government was taking no chances and had come up with a menu of contingency measures in case a worst-case scenario would unfold.

“Using a scenario of 10-20 percent returning OFWs for the semi- and low-skilled category, there are available local jobs for them in construction, transport and the logistics sectors in the country if they wish to avail [themselves] of such,” she said.

“The PPP Center monitored 44,000 jobs created from the 12 PPP projects that have already been awarded,” the labor secretary said.

The DOLE and its partner agencies also have existing programs that could help “retool” returning OFWs to address the current shortfall in service-related jobs available in the country.

Another lockdown not good for economy – Palace

Tolentino laments losing Filipino talents to other countries, wants to ‘retrieve’ them