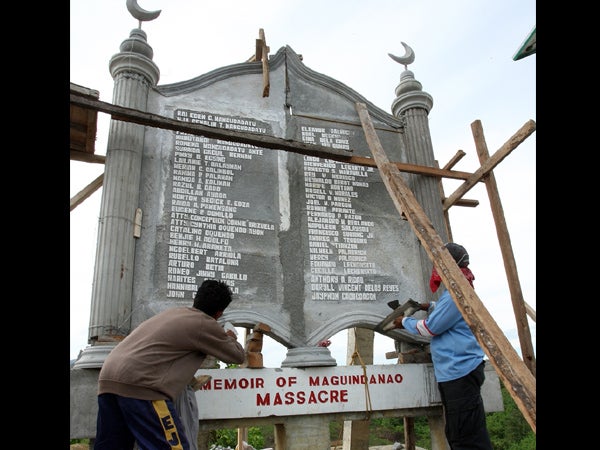 BRUSSELS — The Philippines is the second most dangerous country for journalists in the past 25 years with 146 killings, the International Federation of Journalists (IFJ) said.

In the last quarter century, Iraq has topped the list with 309 killings, the overwhelming majority of them since the 2003 US-led invasion and war. Mexico and its drugs-related violence is third with 120.

Philippines and Mexico also underscore the IFJ’s “recurring finding of our reports that there are many more killed in peacetime situations than in war-stricken countries.”

READ: PH among countries of special concern in campaign vs impunity

Over the past 25 years, at least 2,297 journalists and media staff have been killed for doing nothing more than trying to inform the world on war, revolution, crime and corruption. And killers continue to act with impunity, the IFJ announced in a new report.

“The last ten years were the most dangerous,” said IFJ General Secretary Anthony Bellanger in an interview, with 2006 the worst year of all with 155 killed.

And despite vows of protection from as high as the United Nations, the IFJ said it produced the report “25 years of contribution towards safer journalism” to underscore a worsening climate of impunity which has helped killers get away with murder and turn journalists into soft targets.

READ: PH under fire for unsolved killing of journalists

“The IFJ estimates that only one of ten killings is investigated,” the report said, with actual convictions lower still.

“That is the diplomatic issue. Let’s stop the impunity that protects the killers,” Bellanger said.

The 79-page report will be made public next week, but The Associated Press obtained a copy ahead of a debate Monday at the British Parliament on “deaths of professional and citizen journalists in conflict zones.” The IFJ will also take the report to a major Unesco meeting in Paris next Thursday devoted to the same issue.

“We bring this report to show to all that it really is time to do something about it,” said Bellanger.

Last year stood out for the attacks on the Paris office of the satirical weekly Charlie Hebdo, where two Islamic extremists killed 12 people at the satirical newspaper’s office. The IFJ’s total tally of the year stood at 112.

The IFJ says it bases its information on a variety of sources, including national affiliates in about 140 nations, police sources and political reports. It has published annual reports since 1990, focusing on the killings of journalists and media staff in work-related incidents. The totals center on deaths of media professionals in targeted assassinations, cross fire incidents and bomb attacks.

Beyond the sustained high totals, Bellanger said that there is also a disturbing trend in which kidnappers who seize journalists kill them, all too often without even seeking ransom.

The targeting of journalists has continued unabated this year too. Earlier this month, a suicide car bomb attack in the Afghan capital, Kabul, targeted a bus owned by Afghanistan’s biggest media organization, Moby Group and a Taliban spokesman claimed responsibility saying Moby’s Tolo TV was the target. Seven media workers were killed.

PH third deadliest country for journalists after Iraq and Syria