40% of California 5th-graders are overweight or obese

PALO ALTO, California–Two of every five 5th graders in California’s public schools are overweight or obese, according to 2015 data from the California Department of Education that are now available on Kidsdata.org.

All California public school students in grades five, seven, and nine are required to take the Physical Fitness Test, which includes an assessment of body composition. Students are considered overweight or obese if their body composition scores reach beyond the Healthy Fitness Zone, which represents a level of fitness that offers protection against the diseases that result from sedentary living.

The data also vary widely by county. In some counties, less than 20 percent of 5th graders were considered overweight or obese, but in one, the percentage reached above 50 percent. 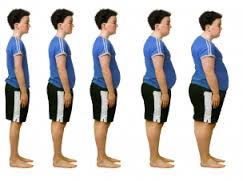 Nationwide, the childhood obesity rate has more than doubled in children and quadrupled in adolescents over the past 30 years. Today, about one third of children ages 2-19 are overweight or obese in the U.S. Overweight children are at higher risk for a range of health problems, including heart disease, stroke, asthma, and some types of cancer; they also are more likely to stay overweight or obese as adults.

California has been a leader in advancing policies to combat childhood overweight and obesity, from banning soft drinks and unhealthy food in schools to requiring nutrition labeling in chain restaurants. Yet the state continues to battle an obesity epidemic among children.

Experts say reducing childhood obesity requires policies that promote equitable access to safe places to play and exercise, frequent opportunities for physical activity in and out of school and affordable healthy foods and beverages . Public policy can make a difference by changing the environment in which children make food choices, live, go to school, and play.