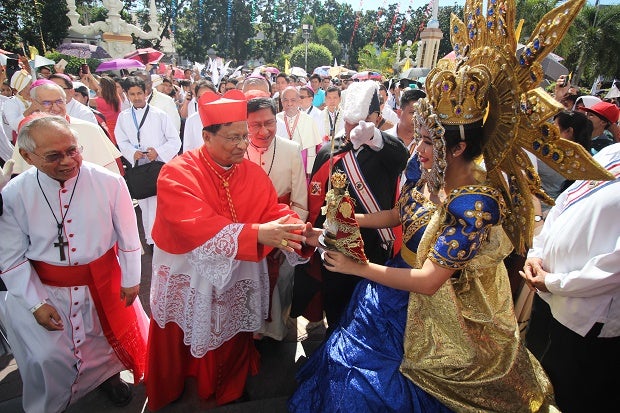 CEBU CITY, Philippines — The Philippines may be the disaster capital of the world but the resiliency of the Filipinos is unshakable.

Such was the message of Papal legate Charles Maung Cardinal Bo during his homily on Sunday at the opening of the 51st International Eucharistic Congress (IEC) here.

Cardinal Bo of Yangon in Myanmar was sent by Pope Francis as the Papal Legate in this year’s global fellowship of the Catholic faithful.

“The Philippines has the inevitable title of being the disaster capital of the world. But time and again, you (Filipinos) have proven your resilience and your faith rises above all challenges,” Cardinal Bo said in a powerful homily before hundreds of thousands of Catholic devotees at the Plaza Independencia.

Close to 350, 000 devotees attended the celebration while at least 1,500 priests, 200 bishops and 10 cardinals concelebrated the Mass.

He said the Philippines is a “great nation” and a light of Catholicism in Asia.

“In some parts of the world, Catholicism means Filipino presence,” he said.

He also cited the Filipinos hospitality in welcoming priests and laity in the Philippines.